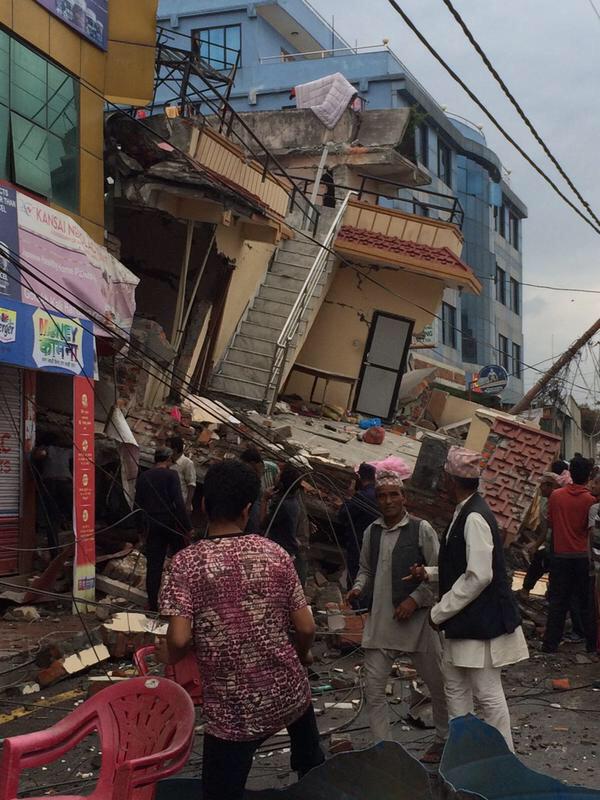 The Canadian Press
Toronto: The Canadian government is sending a disaster aid team to earthquake stricken Nepal and contributing $5 million to relief efforts, Foreign Affairs Minister Rob Nicholson’s office confirmed late Saturday.
The military’s Disaster Assistance Response Team, known as DART, was to be deployed to the region, Johanna Quinney, Nicholson’s press secretary, said in an email. The military team is designed to deploy on short notice to deal with natural disasters or humanitarian emergencies.
Nicholson spoke to his Nepalese counterpart on Saturday to express Canada’s condolences and offer Canadian aid, Quinney said.
A government source earlier Saturday said an assessment team was to head to Nepal to determine how the DART could be used most effectively.
Nepalese officials put the death toll from the 7.8-magnitude quake at 1,805. The quake reduced ancient buildings to rubble and left many Canadian families anxiously awaiting news of loved ones. The quake hit Nepal’s densely populated Kathmandu Valley hardest, but it was also felt in other countries in the region including India and Bangladesh.
Toronto aid worker Reena Vohra was walking through a narrow alley in Bhaktapur when the quake hit. She ran to a nearby shop entrance, where she watched in horror as the historic city crumbled.
“People were screaming and crying all around me,” she said a statement provided by World Vision. “I’m still incredibly shaken up. I’ve never experienced anything like this.”
International Trade Minister Christian Paradis said in a statement that the $5 million Canadian contribution would help to provide people with access to food, drinking water, shelter and health, hygiene and protection services.
He said the government will continue to monitor the situation and will provide further assistance if required to help meet life-saving needs.
Prime Minister Stephen Harper released a statement earlier Saturday in which he offered his deepest condolences to those who lost loved ones.
“We mourn with the people of Nepal and India in the aftermath of this terrible natural disaster and offer our help and our prayers,” he said.
The Foreign Affairs Department said there are 388 Canadians registered as being in Nepal, but cautioned that is only an estimate as registration is voluntary.
Among the Canadians in Nepal is former New Brunswick NDP leader Elizabeth Weir, who tweeted Saturday, “Outside Kathmandu and still aftershocks with ground rumbling.”
Foreign Affairs spokeswoman Diana Khaddaj said Canadian diplomats in Ottawa and in the region were working with local authorities to help Canadians in the region.
Some families were turning to social media in an effort to track down relatives in the quake-stricken area. A number of people tweeted asking if anyone heard from their loved ones.
Michael Magee, chief of staff for Vancouver Mayor Gregor Robertson, awoke to a phone call early Saturday assuring him his 20-year-old son Aedan was safe in a campsite outside Pokhara.
Aedan had been staying with a Nepalese family in Pokhara, near the deadly epicentre of the quake. But he recently left the city for a hike in the mountains with other students in his university program.
“We dodged a bullet,” said Magee. “It’s nerve-wracking. I feel terrible and heartsick for the tragedy and what it means. At the same time I’m relieved to have word immediately that my son is safe.”
Anil Thapa, president of a Nepalese Canadian group called NRN-Canada, said his parents and siblings in Kathmandu are safe but some generations-old property was destroyed.
Thapa said he was lucky as many Nepalese Canadians are still waiting to hear from loved ones.
“Everybody is going through pain, to see the beautiful country turned to dust, everybody on the street and dying,” he said. “We feel so much sorrow.”