Asian Journal
Home Hot Off The Press ﻿Factbox: A look at the economic stimulus known as quantitative easing 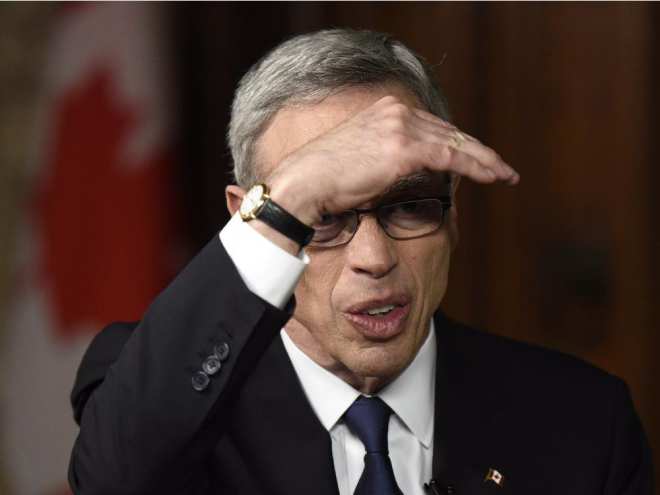 By Peter Henderson, The Canadian Press
Toronto: Finance Minister Joe Oliver said on Tuesday that economic stimulus in the form of quantitative easing from the Bank of Canada is “not on the table.” That’s despite growing concerns that the country is in an economic downturn. The decision to implement the measure rests with Bank of Canada governor Stephen Poloz. Here is a look at quantitative easing:
What is quantitative easing?
Central banks control the flow of money in and out of the economy and look to stimulate or mitigate economic growth when necessary. With quantitative easing, central banks create new money and use it to buy assets and securities held by the banks.
How does it work?
Buying up assets and securities owned by the banks is meant to boost investment in the economy in a similar way to cutting interest rates. With more money on hand, banks should be more willing to lend to entrepreneurs looking to build a new business or established conglomerates seeking to expand their operations. Those new businesses should in turn hire new workers, who spend their salaries on new mortgages, flat-screen TVs or other goods. That, in theory, kicks the economy back into the black.
Why would Canada need it?
We may have slipped into a recession, which is defined as two quarters of negative economic growth. Despite a falling loonie, Canada is still importing more than it exports. For an economy based on selling energy, goods and services to the rest of the world, that’s a bad sign. The economy appears to need a shot in the arm, and some experts say quantitative easing is the right prescription.
Has it been implemented elsewhere?
Yes. It is a relatively new monetary policy tool following the 2008 financial crisis. The central banks of the United States, the United Kingdom, Japan and the European Union have all used variations of the policy.
Are there drawbacks to quantitative easing?
Oliver is not alone in dismissing it and the policy is not without its detractors. Some are concerned that funnelling money to banks doesn’t necessarily lead to more lending. Others fear that when central banks begin selling off the assets they have collected, interest rates will rise and choke off whatever recovery may be underway. Quantitative easing also encourages inflation by putting more money in the system, which can be harmful to an economy recovering from recession.