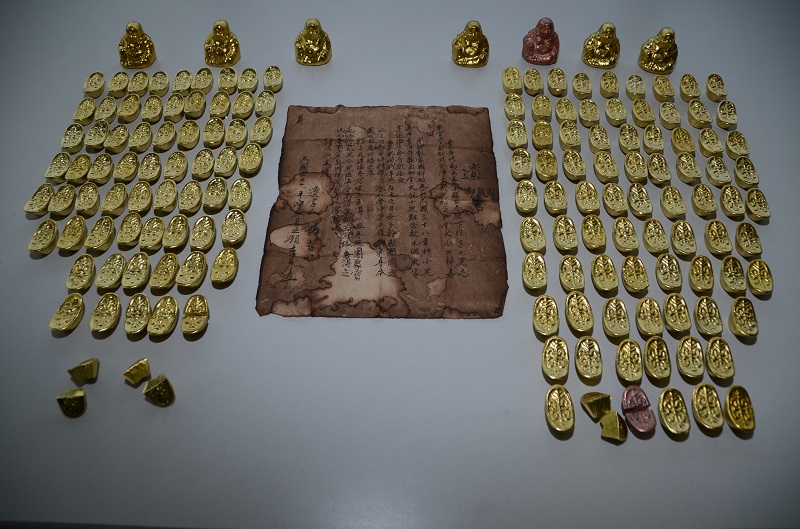 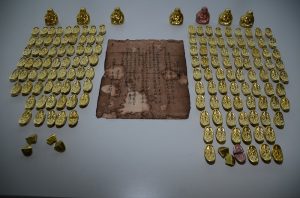 On December 21, Richmond RCMP were contacted by the victim who alleged he purchased supposed “priceless” gold Chinese artifacts from two males but he soon discovered the gold was fake.

The Richmond RCMP Economic Crime Unit (ECU) was engaged to investigate this matter and quickly linked it to a second reported incident in Surrey. By linking these incidents along with assistance from outside agencies, Richmond RCMP ECU was ultimately able to identify the two suspects associated to both alleged frauds.  “This particular investigation was extremely dynamic and the Richmond RCMP would like to thank the investigators at Canada Border Services Agency and the San Francisco District Attorney’s Office,” says ECU Supervisor Corporal Marco Sallinen.

The two suspects were ultimately arrested and on January 6, 2018 two counts each of Fraud over $5000 were laid against 52-year-old Dejin Xu and 49-year-old Zhong Yang. Both are Chinese Nationals and currently remain in-custody.

“This is the second time Richmond RCMP have arrested individuals associated to this type of crime but it’s a crime that knows no boundaries with arrests reportedly having taken place in Japan, Singapore and the United States,” says Acting Corporal Adriana Peralta.

This scheme first surfaced in Richmond in 2010 and again in 2015. In 2015 Richmond RCMP arrested and charged a Chinese National, Bao Sheng Zhong, for a similar scheme involving fake, ancient Chinese gold Buddha figurines and ingots. Zhong was ultimately convicted of Fraud and deported back to China.

With the resurfacing of this scheme, Richmond RCMP would like to remind people to remain cautious when anyone attempts to offer or sell something of great value. In a case like this, we would recommend: