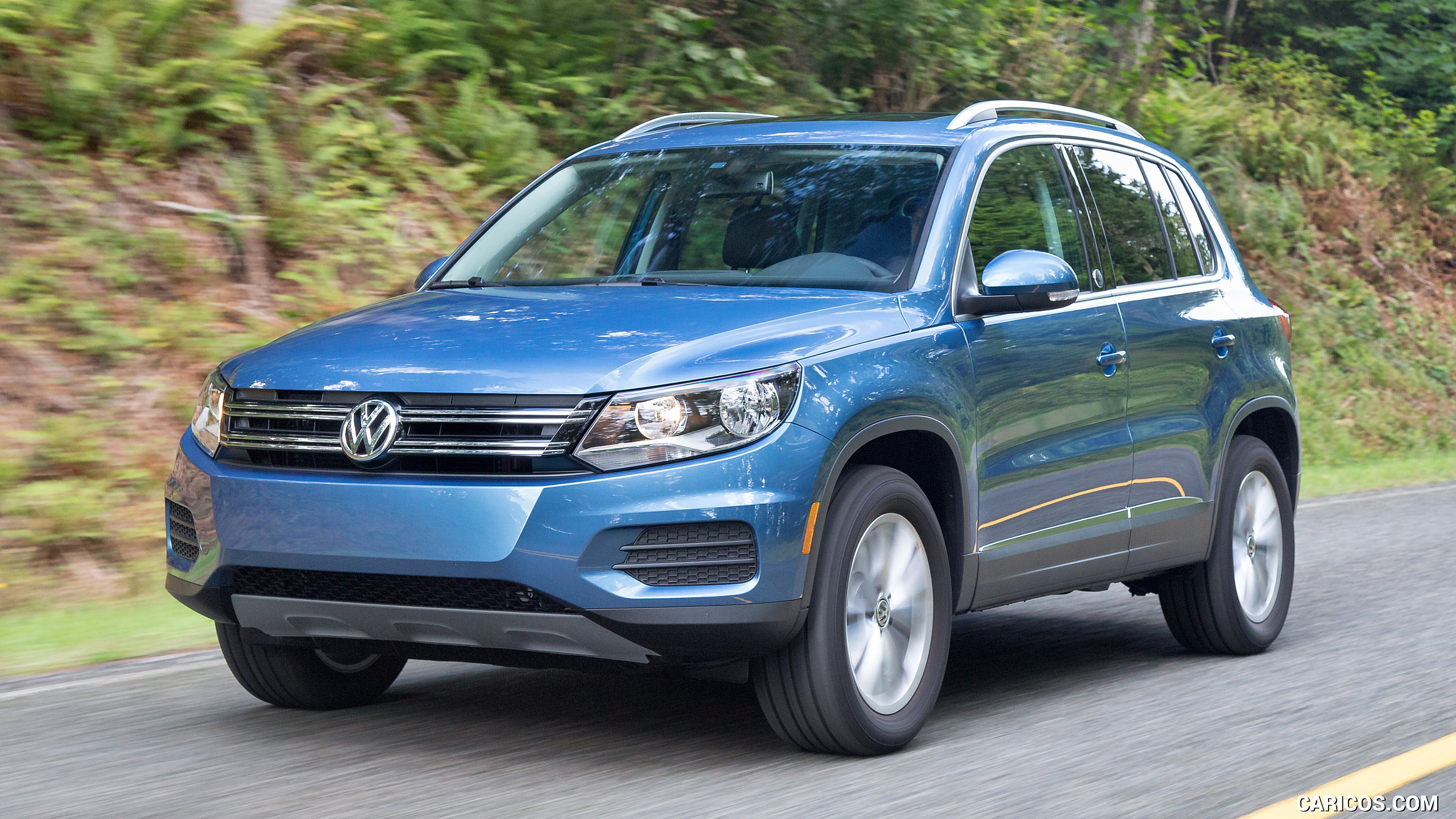 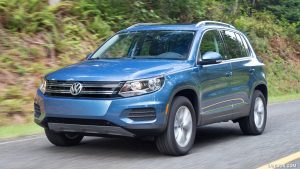 If anything, the 2017 Volkswagen Tiguan is refreshing from most of it competitors in the compact- CUV class with its clean-cut, upright stance and uncluttered smooth flanks. While many of its rivals are sometimes confusingly styled and over fussily detailed, the Tiguan pleases with its Teutonic grace, and mature looks. The Tiguan line up for Canada includes the Trendline, Comfortline, Highline models, with a new Wolfsburg edition as tested, all available with a number of optional packages that offer upgrades in convenience, appearance, technology and performance. New additions for 2017 include: Bluetooth, a five-inch touchscreen display and rearview camera as standard on the Trendline trim ($25,999.) as well as 16-inch alloy wheels. The Comfortline model ($33,998) receives 18-inch wheels, App-Connect smartphone integration with Apple CarPlay compatibility, automatic headlights, and a touchscreen display. The fully loaded Highline trim ($37,198) receives a 6.33-inch touchscreen 12-way power driver’s seat, and Fender premium audio system. Standard safety equipment across the model line includes ABS, traction control, front and side airbags, side curtains and tire pressure monitoring system. There is also a performance enhanced R-line version offering dark finished alloy wheels and a roof spoiler.

We tested the special 2017 Wolfsburg Edition that riffs off the Trendline edition and is equipped with an as-standard Volkswagen 4MOTION All- wheel drive system and a 200 horsepower, turbocharged 2.0-litre four-cylinder engine mated to a six-speed Automatic gearbox with the tiptronic option. The very nice Pacific Blue Wolfsburg edition we hosted came with classy-looking 17- inch Navara 9-spoke alloy wheels, chrome door surrounds, and window surrounds, black roof rails, chrome exhaust tip, chrome tailgate protective strip and special Wolfsburg badges. On the inside, the Wolfsburg model offers a classy Titan black and Corn silk beige interior, aluminum pedals, KESSY keyless entry and push button start and all the extras and standard equipment off the Trendline model and adds such features as: 6.33 inch touchscreen display composition media unit with proximity sensor, six speaker CD system, and a rearview camera. The only option on our tester was the nice, large Panoramic Power Sunroof ($1,450) which brought the price of our tester up to $31,648 plus freight, PDI and AC tax.

The Tiguan arrives with either standard front-wheel drive or, as on our tester Volkswagens excellent available 4Motion AWD system that distributes engine power predictively between the front and rear wheels according to optimum need. The 4MOTION system also switches automatically to front-wheel drive as needed.

The Tiguan boasts a large cabin boasts with plenty or front and rear cabin room. In addition the rear seats fold and splits 60/40 and features a pass through for carrying long objects if needed. The interior is trademark Volkswagen- fastidiously neat, ergonomically and logically set up. On the road the Tiguan has zero issues as far as handling and ride go. The 2.0 TSI engine with its 200 horsepower performs well and the six-speed tiptronic auto box offers quick seamless transitions. Handling is also very good with a good ratio of sporty steering and the ability in All Wheel Drive mode to acquit itself very well in the recent icy snow and slush bound road we had during its test week. Fuel economy is also fair at 12.1 L/100km in the city and 10.0 L/100km on the highway.

There is very little to say negatively about the Tiguan. It can be more expensive than the similar or better equipped competition, but offers an undeniable level of refinement, sophistication and prestige. Highly recommended for serious drivers.