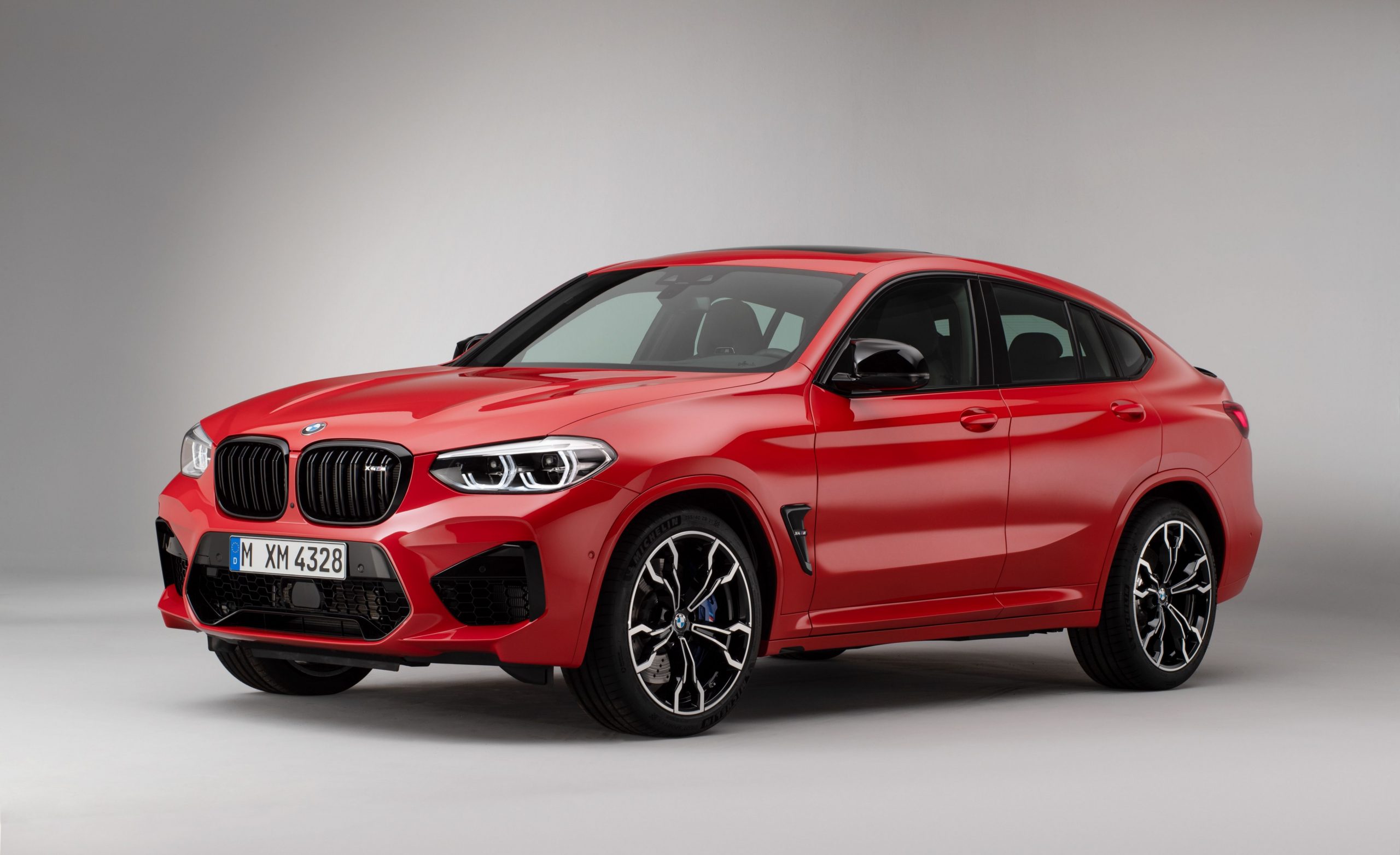 The BMW x4 arrived in 2014 as a mid-sized SAC or Sports Activity Coupe takings some inspiration from the larger BMW X6, although it is based on the compact X3, but with more of a sleek four- door coupe with a raked roofline, wider body and pronounced rear shoulders. There is a sportier wide track stance and the latest-generation suspension, and improved aerodynamics. With 8 inches of ground the X4’s ground clearance means it can handle light snow and trails, but still has a low enough centre of gravity for sporty on-road handling. With nicely rendered body contours, aluminum rocker trim, a neat truncated rear, slimmer headlights and the famous BMW kidney grille, the X4 is all pedigree.
In Canada, the X4 is available in two models: the xDrive30i powered by a turbocharged inline-four producing 248 hp/258 lb-ft; and the X4 M40i with a twin-scroll, turbocharged inline-six generating 355 hp and 365 lb-ft of torque. The M variant can rocket from zero to 100 km/h in 4.6 seconds. Maximum torque is available from 1,520–4,800 rpm.
All X4 models come with as standard all-wheel drive, and the transmission is via an eight-speed Steptronic unit with paddle shifters, while M Sport suspension and variable sport steering are standard issue on the M40i with electronically Controlled adaptive suspension available as an option. M variants come equipped with standard M Sport blue painted brake calipers; 20-inch alloy wheels M Sport locking differential, and optional adaptive suspension. The M40i comes standard with M Sport brakes, which includes extra-large brake discs.
Infotainment is supplied via the 10.25-inch display using the BMW iDrive interface, controlled by the familiar rotary iTouch controller knob, or through cloud-supported intelligent voice commands. You can also opt to use “gesture display”, waving out your command on the controller knob’s surface. Standard electronic safety and handling features include dynamic traction control, dynamic brake control, dynamic stability control, cornering brake control, hill descent control, and Start-Off Assistant. There’s a lengthy list of safety technology, which includes Active Protection, that tightens seat belts and closes window and sunroof gaps if collision is imminent; Active Guard includes pedestrian braking, city collision mitigation with braking, frontal collision warning, and speed limit information. Interior options include high quality leather seats, electroplated trim, three-zone climate control, ventilated seats, and ambient lighting. There’s also an electrically operated sun blind and optional Wi-Fi hotspot that can accommodate up to 10 devices.
For 2021- 2022 there is a planned facelift for the X4 – interiors to receive a redesigned shift knob, center console, and iDrive control dial, for the infotainment system, and the latest version of iDrive 7 as added to the X3 M and X4 M in 2020.
Heavily disguised spy shots taken by various media outlets also reveal the possibility of new headlights, an updated front bumper and a modified grille to the 2021-22 X4. Changes to the back end and overall silhouette are not specified at present, but could see new taillights and a modified rear diffuser appearing.
In terms of power, the twin-turbo 3.0-liter six-cylinder engine will probably carried over across the model lineup and continue to produce 473 and 442 lb-ft of torque. Performance fans do not have to worry as the X4 M Competition, on other hand, could receive a performance boost to a heady 503 hp and 479 lb-ft of torque on the M3 based engine. Current price for the 2020 BMW X4 IN Canada ranges from $54,000 to $95,100. Plus options, taxes, fees and destination charge. Expect new Canadian price announcements for the X4 M Competition in the New Year.

Delhi men to walk 'in her shoes'

Sachin breaks record again – this time with his book