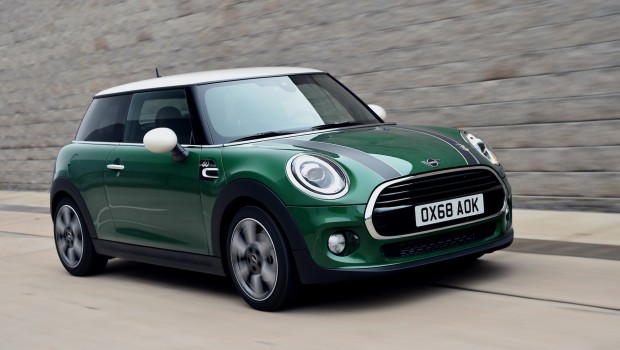 2020 is the MINI brands 60th anniversary; and it’s come a long way. There is now, a long line of permutations: Cooper, MINI Countryman, and MINI Clubman, coupe or convertible. And of course, there is the larger Countryman crossover and the Clubman wagon versions. Let’s not forget the high performance John Cooper Works models, and more recently, a plug-in hybrid MINI Countryman and an all-electric MINI Cooper to be introduced.

The MINI magic is there and always has been the ride of the rich and famous in the swinging 1960’s, when both the Beatles and English royalty drove the diminutive car. The hopped versions also became world rally winning cars, and later a star of film and TV. We all remember Mr Bean’s infamous green mini, and the thrilling acrobatics of the MINI in two The Italian Job films. Lost in the wilderness in the 1970 and 80’s the MINI brand was eventually bought by BMW and cleverly redesigned and turned into a premium product for the discerning.

And so, to the current version that celebrates six decades of heritage. The special edition 60th anniversary MINI. The anniversary edition sells in Canada for a premium, in the case of our tester around $6,900 more than the cost of a regular MINI Cooper or Cooper S. They’re only available as three-door or five-door hardtops, and are powered by a 2.0L turbocharged 4-cylinder with 189 hp linked to a 7-speed transmission. The 60th Anniversary Package adds what else? But a gorgeous traditional British Racing Green body colour, white pepper roof and mirror body caps, 17-inch wheels, “60 Years” insignia accents the side scuttles, bonnet stripes, and hood. Another cool touch is the LED puddle light that projects the logo on the ground when you open the doors,

The interior of the anniversary edition marks it as a clearly premium trim.  It has “60th” badges inside, with a green pinstriped front fascia. Sumptuous rich brown leather seats with green stitching look very welcoming. There is a 60th Anniversary Sport Steering Wheel, and all the quirky lovable details are right there, including the large circular display a design signature on the dash. MINI’s have simply wonderful interiors in my opinion with a fine blend of retro design and modern technology.

The list of added features on the 60th includes the panoramic roof, heated seats   automatic headlights with rain detection and LED fog lights, SiriusXM satellite radio, Navigation Plus system, traffic signal decoding and automatic climate control. As per usual, the front cabin is great place to be, while the rear cabin is as expected, tight for adults. The ergonomics are generally good for the driver and front passenger, but there is lack of storage and cubby holes.

On the road, the MINI feels solid, stable and is absolute blast to drive. The 2.0L turbocharged 4-cylinder may produce a modest 189 hp, but the MINI’s excellent engineering means the chassis has no discernible flex, and handles rough roads with aplomb. Torque is ample and superbly spread throughout the tach range. The crisp action of the seven speed transmission means there are fast, defined shifts every time.  The result is a rapid, “shove in the back” acceleration thanks to the super quick throttle responses.

Also thrilling is the way the MINI holds the road; sticking like glue to the tarmac with its well sorted suspension that just tease’s you to take corners and bends faster, and with delightful aggression. Steering is always a revelation for those who have not driven a MINI before; it is precise, firm, a tad heavy, but endowed with a real point and squirt feel. The term “Go kart like “is much used when describing the MINI driving experience, but you get the feeling alright. The MINI’s low ride height, big windshield and instant responses really do make even a short ride to the shops a visceral thrill.

Nothing much to complain about, rear visibility is not great, and the back seat is tight and of course the MINI starts getting a tad pricy once you start ticking option boxes.

Granted the MINI is a tad expensive for what is a small four- seater car. However, it does deliver performance, personality and heritage by the yard full. Stylish, playful yet with engineering and panache.  The MINI Cooper S 60th Anniversary 2020 is sure to appeal to all MINI fans. Highly recommended if you want something unique and will bring a smile to you every time you see it parked in the driveway.