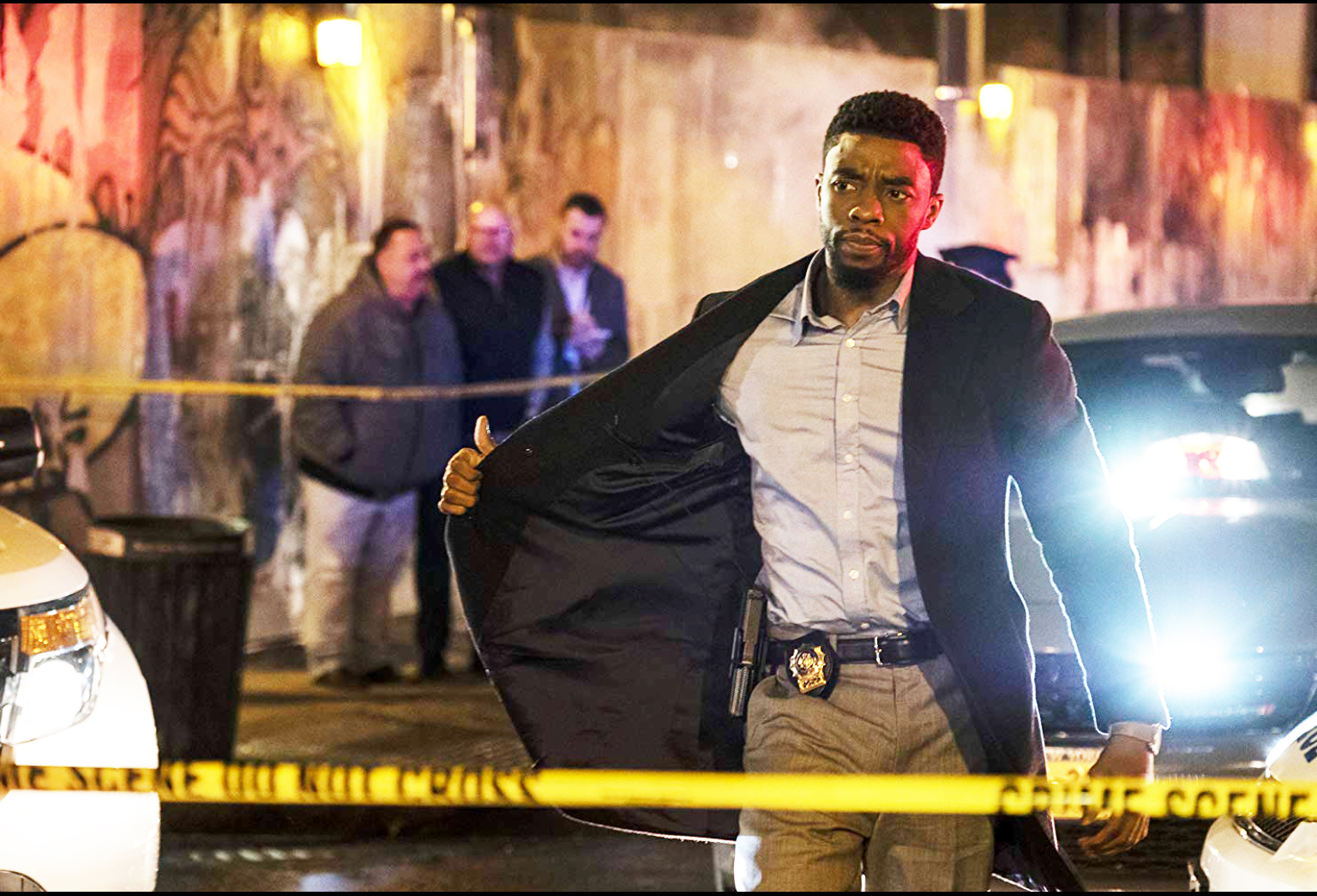 Hostage negotiations are tricky affairs. Even tricker is trying to bring hardened criminals to justice. Trust a seasoned police vet to himself be under the gun as he tries to get some evil sharp shooters to give themselves up in the Big Apple. That’s part of the pivotal theme in 21 Bridges, a dynamic tale of crime and corruption that comes your way from up and coming STX Studios and VVS Films. See all the action unfold in this psychological thriller at Cineplex Cinemas and Landmark Theatres around B.C.
Judge a man by his deeds. And his pedigree. On paper officer Andrew Davis seems to have it all. Smart and compassionate this reasoned policeman always plays by the book though at times his shoot first when called upon seems to question his morality. Hello Detective Harry Callaghan, rebooted. Able to ace this role is Chadwick Boseman, hot off his triumphant prince part in Black Panther.
All those misgivings about Davis seem to be forgotten when he’s tasked with bringing some assassins to jail. Too bad for him he seems to be running into a brick wall with many things not adding up in a crime that has shaken New York was to its core.
Action packed with tons of tension 21 Bridges will appeal to the macho crowd. And again, Boseman’s approach is fresh and skillfully delivered with tact and sound reasoning.