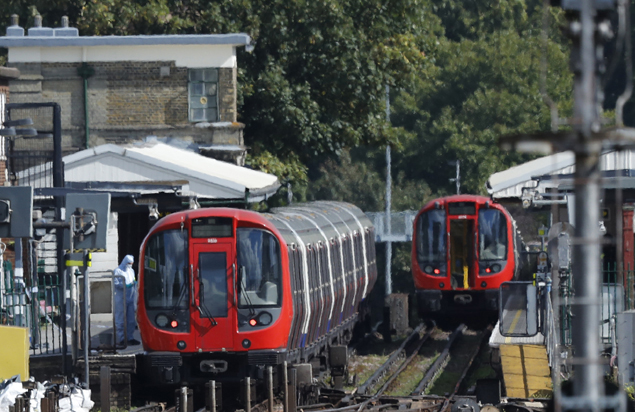 London: An explosion jolted a London Tube train carriage during the morning rush hour on Friday, injuring at least 22 people in what Metropolitan Police said was a “terror incident”.

Twenty-two people were hospitalised after the blast at 8.20 a.m. at the Parsons Green station on District Line in southwest London.

Assistant Commissioner Mark Rowley said a suspected Improvised Explosive Device (IED) was thought to be responsible for the blast. A timer was attached to the explosive device.

British media reported that security services had identified a suspect involved in the bombing.

Passengers reported seeing a device on the train and hearing a bang during the morning rush hour. Witnesses described seeing at least one passenger with facial injuries. Others spoke of panic as stunned passengers rushed out of the train.

Pictures on social media showed a white bucket on fire inside a supermarket bag but did not appear to show extensive damage to the inside of the train carriage, the BBC reported.

The London Ambulance Service said none of the injured were believed to be in serious condition. Neil Basu, Metropolitan Police Deputy Assistant Commissioner and the senior national coordinator for counter-terrorism policing, said it was a terrorist incident.

British Prime Minister Theresa May condemned the “cowardly” attack, which she said had “intended to cause significant harm”. She said the UK’s terror threat level would remain at severe — the second highest — but would be under review.

Speaking in Downing Street after chairing a meeting of the Cobra emergency committee, she said there would be an increased armed police presence on the transport network in London. Hundreds of detectives and the MI5 were investigating the attack.

She tweeted: “My thoughts are with those injured at Parsons Green and emergency services who are responding bravely to this terrorist incident.”

London Mayor Sadiq Khan appealed for calm, saying the city “will never be intimidated or defeated by terrorism”. He said a “manhunt was underway” following the explosion. “The person or people responsible for this attack will be caught,” he said.

Train services between Earl’s Court and Wimbledon on the District Line were immediately suspended.

Meanwhile, US President Donald Trump urged the British police to be “pro-active” in tackling terrorism.

“Another attack in London by a loser terrorist. These are sick and demented people who were in the sights of Scotland Yard. Must be pro-active.

“Loser terrorists must be dealt with in a much tougher manner. The internet is their main recruitment tool which we must cut off and use better,” he said in a series of tweets.