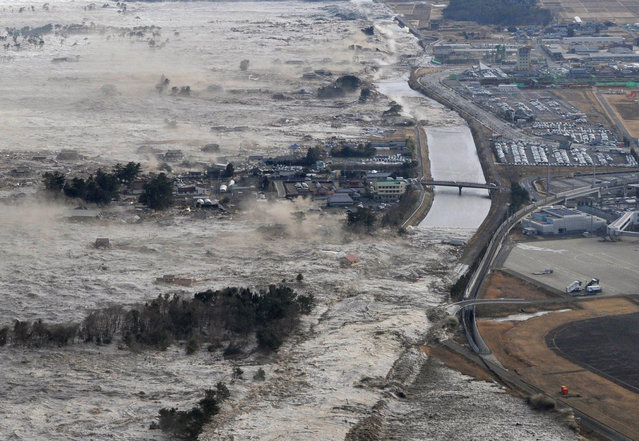 Based on data compiled as of Monday, the agency put the deaths at 15,894, the Japan Times reported.

Of the 15,824 bodies recovered in Iwate, Fukushima and Miyagi prefectures, 75 remained unidentified as of February 2016.

In Miyagi, at least 1,236 people were still unaccounted for, followed by Iwate with 1,124 missing, and Fukushima with 197.

Two people remain missing in Chiba prefecture and one each was unaccounted for in Aomori and Ibaraki prefectures.

Over 650,000 police officers have been involved in the search operations.

Of the bodies recovered in the three primary prefectures, more than 90 percent, or 14,310 people, died from drowning, underscoring the extent of the tsunami’s destruction.