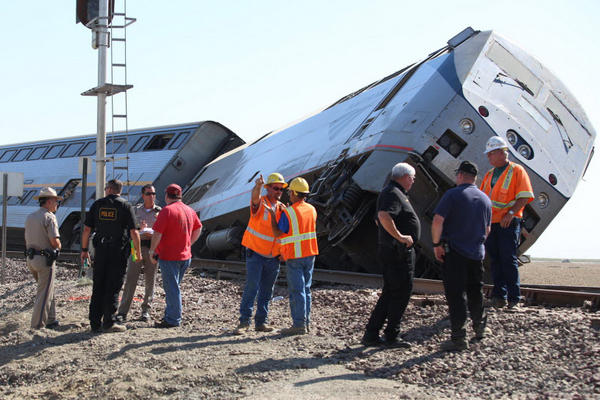 Los Angeles, Feb 24 (IANS) At least 30 people were injured Tuesday when a train collided with a tractor-trailer and derailed northwest of Los Angeles city in US’ California.

No fatalaties were, however, reported in the accident.

Firefighters rushed to the scene of the accident, and the injured passengers were under treatment.

A crash in 2008 involving another Metrolink train that travelled on the same route killed 25 people and injured 135.