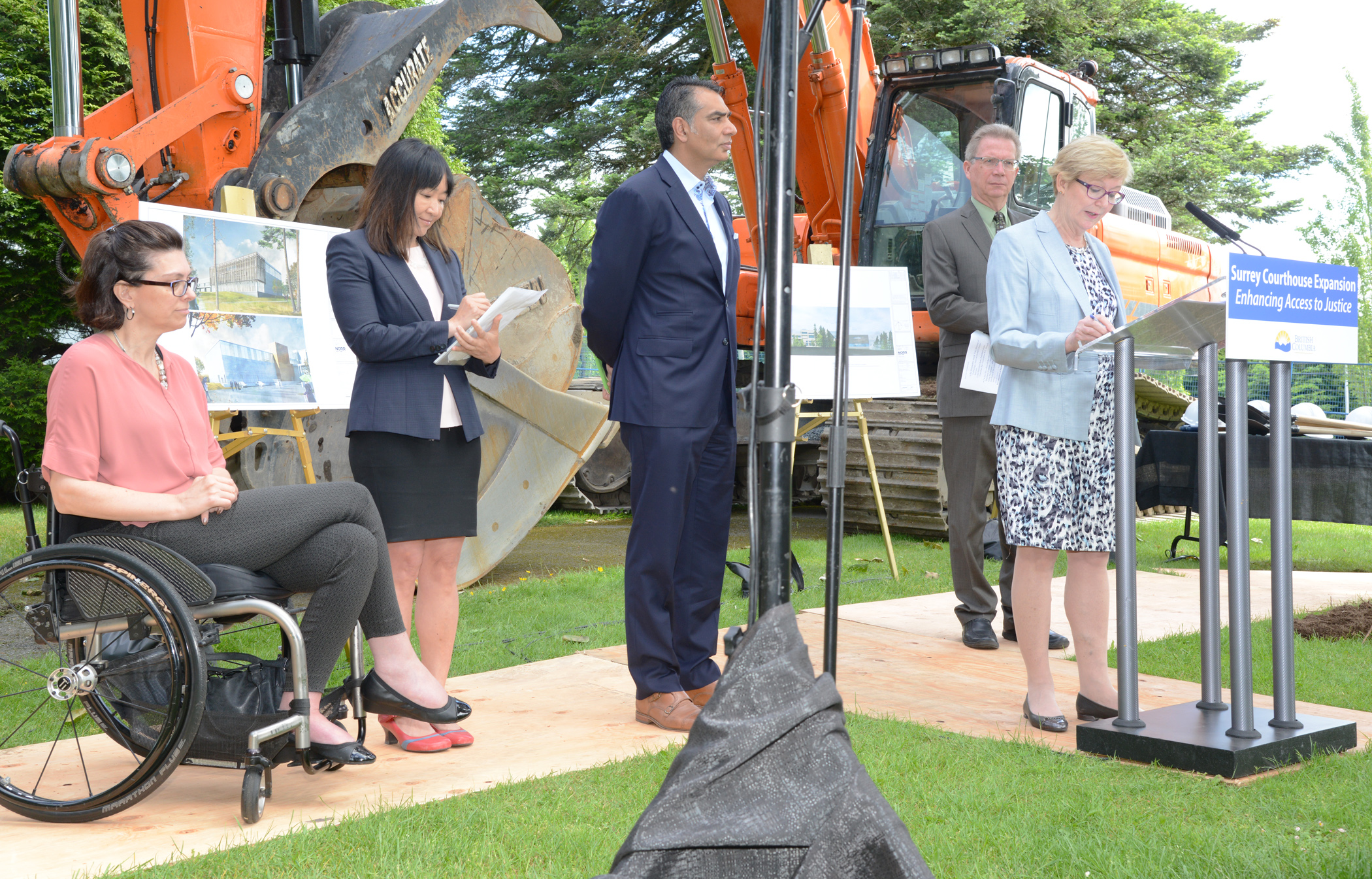 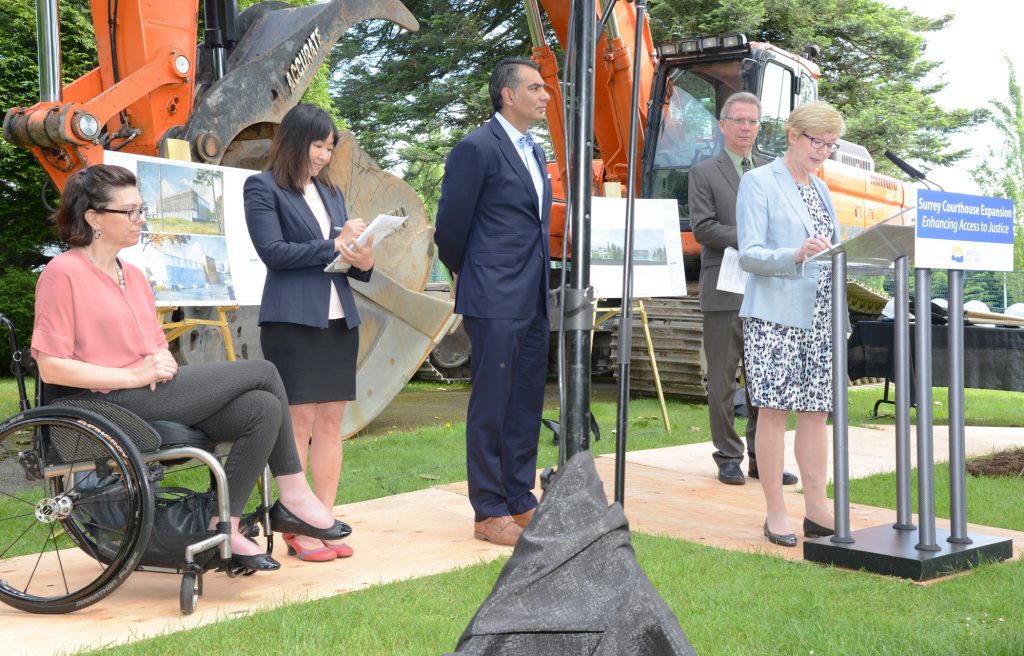 Surrey: Insert photo of dignitaries: Stephanie Cadieux, Minister of Children and Family Development, Jennifer Chow, President of the Canadian Bar Association, Amrik Virk, Minister of Technology, Innovation and Citizen Services, SusanAnton, Attorney General and Minister of Justice, Marvin Hunt, MLA Panorama.
“Today we move forward on our commitment to expand BCs busiest provincial courthouse”
With those words Attorney General Susan Anton officiated at the ground-breaking ceremony for the Surrey Courthouse Expansion which is expected to be completed early 2018. The project will:
• Add three courtrooms and two hearing rooms to the existing 14 courtrooms in the provincial courthouse.
• Feature technology that can reduce the length and cost of trials through advanced evidence presentation and touch-screen capabilities.
• Provide a wheelchair-accessible witness box and jury box
• Allow for the remote appearance of participants through an integrated videoconference system
Also announced by the Attorney General were the details of the new Surrey Crown counsel, part of the $23-million funding increase to expand the province’s Guns and Gangs Strategy. This means two full-time prosecutors and a paralegal will be added to the Surrey Crown 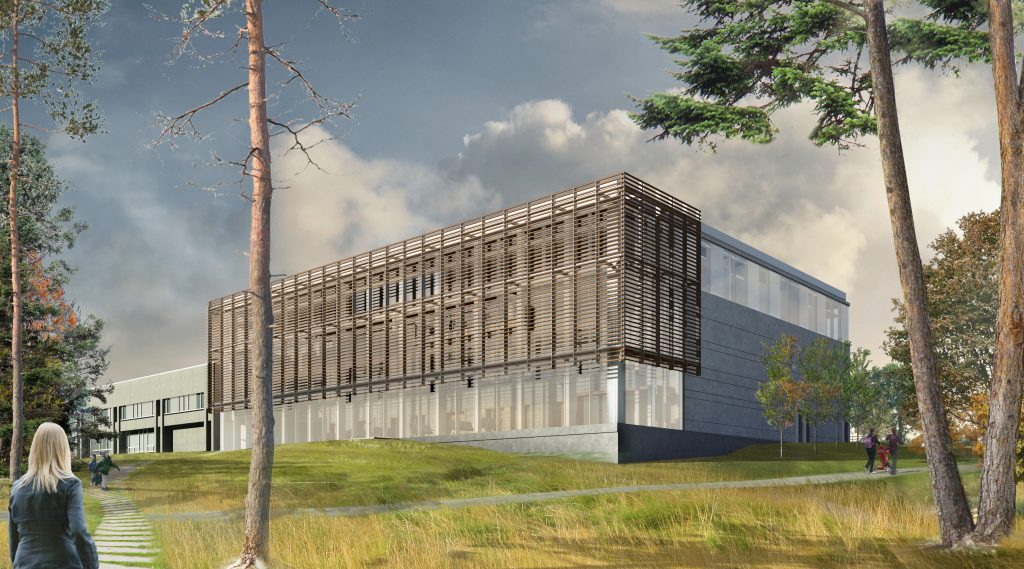 Counsel’s office, dedicated to prioritizing alleged offenders with links to guns and gangs.
Asked whether the expansion of the courthouse would create conditions to allow for a community court, long sought in the city, Anton said that Surrey has decided to operate a Justice Hub which will have all the services necessary to assist people operating in the Justice Hub, which is the old city hall, and a project described in the recent State of the city address. As a result, Anton said, the Community Court similar to that in Vancouver was no longer on the table.
“To be clear,” Anton said, “the services, the functions and benefits of the court and all those services can be included in the Justice Hub which will work very well.
Anton was asked if there will be enough judges in the court house once the expansion is complete?
“We are always talking with Chief Judge Crabtree, and we meet Associate Chief Judge Gill often, discussing what is the right number of judges. With a judge comes Sherriff and court staff, so there’s a big equation there, but we’re always looking at that to make sure our facilities are appropriately staffed, and that we’re not just building courtrooms, but are building spaces that are used.