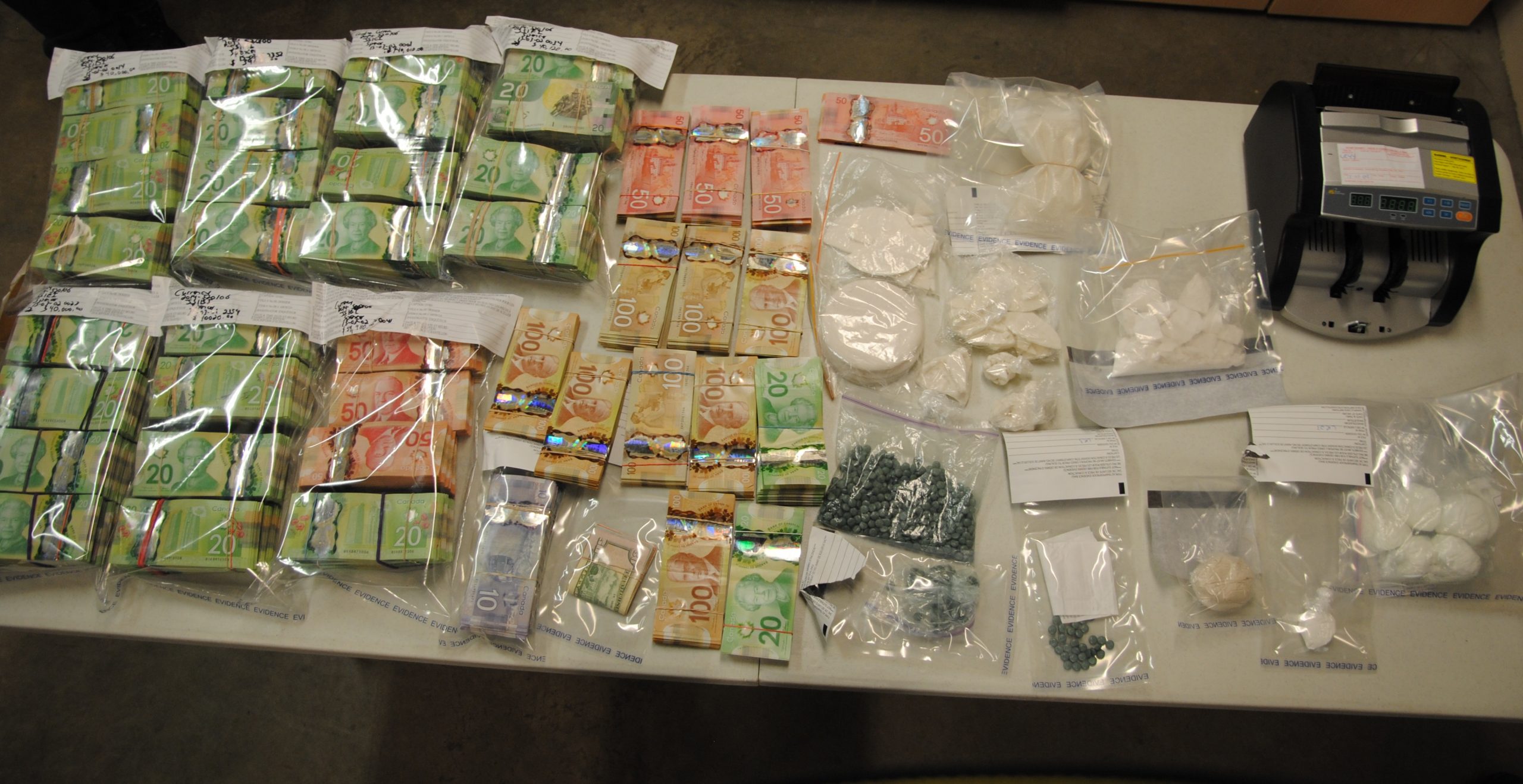 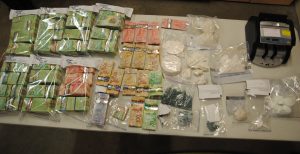 Grande Prairie, Alberta:  RCMP have seized of $412,000 cash and drugs from two males.
On March 1, 2015 Grande Prairie RCMP executed four separate search warrants following a nine month investigation.  Search warrants were executed at two apartments; one in the area of 92nd Street and 96th Avenue and the other in the area of 82nd Avenue and 97th Street.  In addition, police searched two motor vehicles as part of this investigation.  As a result of the judicially authorized searches, police located and seized:

Police have arrested and charged 36 year old Abdikarim Farah of Grande Prairie with 1 count of possession of proceeds of crime over $5000 and 1 count of breach of a recognizance.   Farah was ordered released by the Justice of the Peace on significant cash bail with a number of conditions to abide by.  He makes his next court appearance march 25, 2015 in Grande Prairie. 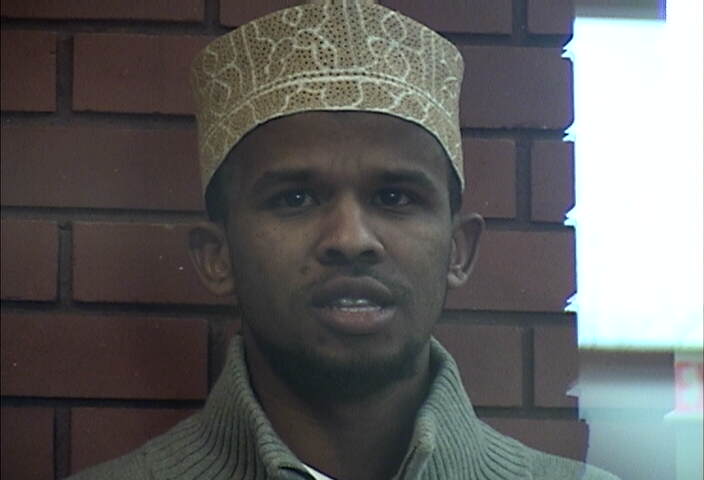 An arrest warrant has been obtained for 35 year old Arte Abdillie Jama of Grande Prairie.  Jama, who goes by the street name “Fresh”, has been charged with 4 counts of possession of a controlled substance for the purpose of trafficking and 2 counts of possession of proceeds of crime over $5000.
Police are asking the public’s assistance in locating JAMA.  If anyone has information regarding his whereabouts please contact the Grande Prairie RCMP at 780-830-5701, Crime Stoppers at 1-800-222-8477 or dial 911.