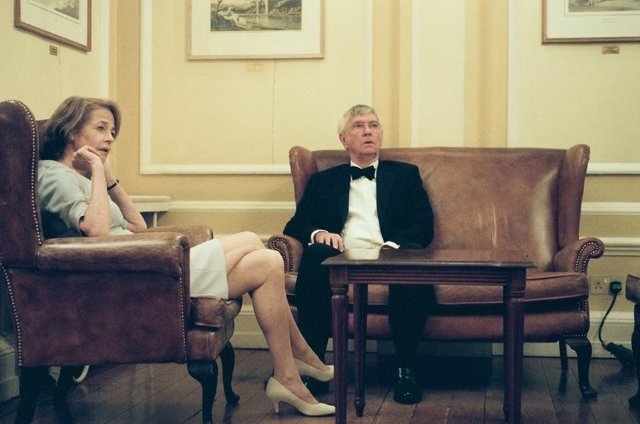 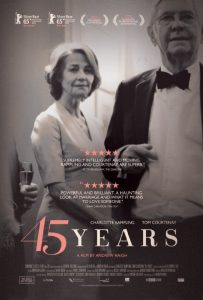 Old age and past indiscretions rise to the surface in 45 Years. Two of Britain’s top actors do their best to navigate some troubled waters in this well presented drama from Sony Pictures Classics now making inroads at The Fifth Avenue Cinemas.

Long live marriage. That ancient ritual demands celebration. So retired coupleKate and Geoff Mercer are all busy putting the finishing touches on their 45th year wedding celebration. Too bad a bit of ancient history sort of ours a downer on their plans. Consider Charlotte Rampling (Zardoz) and Tom Courteney (Tom Jones) to be at the top of their game.

After a long time under the same roof and presumably in the same bed you’d think that by now they would each know each other’s secrets.Better think again. Hell hath no fury like a woman scorned so when Kate learns that her hubby may have had an affair and had not been totally up front about it the knives get sharpened for . . . ?

Suspicious minds make 45 Years interesting, entertaining and yes even somewhat insightful.  Soul searching on screen and in the minds/hearts of a member of the audience or two hits home with a wallop. Just how this couple gets out of their current pickle really makes you care about them. Director  Andrew Haigh does a good job keeping us intrigued throughout this expertly acted drama that shows human strain and undeniable pressures.