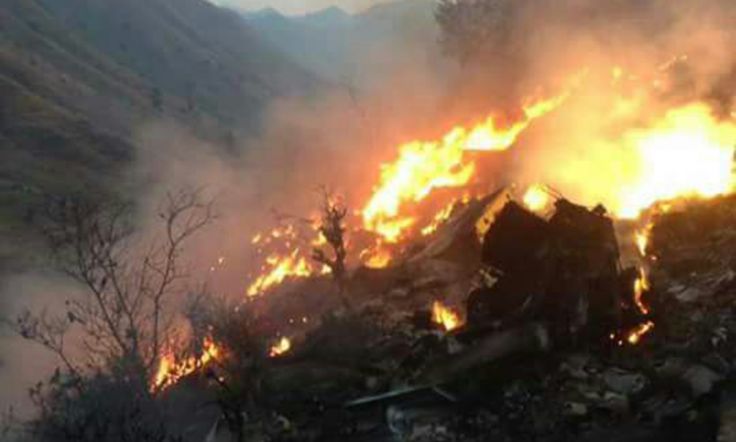 Islamabad: A Pakistani plane carrying 47 passengers and crew on a domestic flight to Islamabad crashed in the Khyber Pakhtunkhwa province on Wednesday, killing all aboard, the media reported.

The Civil Aviation Authority confirmed there were no survivors, said Dawn newspaper, adding 36 bodies had been recovered from the site.

It said the aircraft crashed on way to Islamabad from the northern town of Chitral after losing contact with the air traffic control.

Citing global aviation watchdog Aviation Herald, the newspaper reported that the plane went down near Abbottabad “due to engine problems”.

Soldiers and army helicopters were mobilised to rush to the crash site, said Inter-Services Public Relations, the army’s media wing.

Rescue operations were however hindered due to the rugged terrain as well as cold and dark conditions with sundown in Havelian taking place at 4.57 p.m.

Ambulances were unable to reach at the site of the accident.

Government official Taj Muhammad Khan, who was at the site, said all the bodies had been “burned beyond recognition”.

He added that witnesses told him “the aircraft has crashed in a mountainous area…before it hit the ground, it was on fire”, reported Dawn.

The ATR-42 aircraft departed from Chitral at 3.30 p.m. and was to land at Islamabad’s Benazir Bhutto International Airport around 4.40 p.m. But it went missing from the radar around 4.30 p.m.