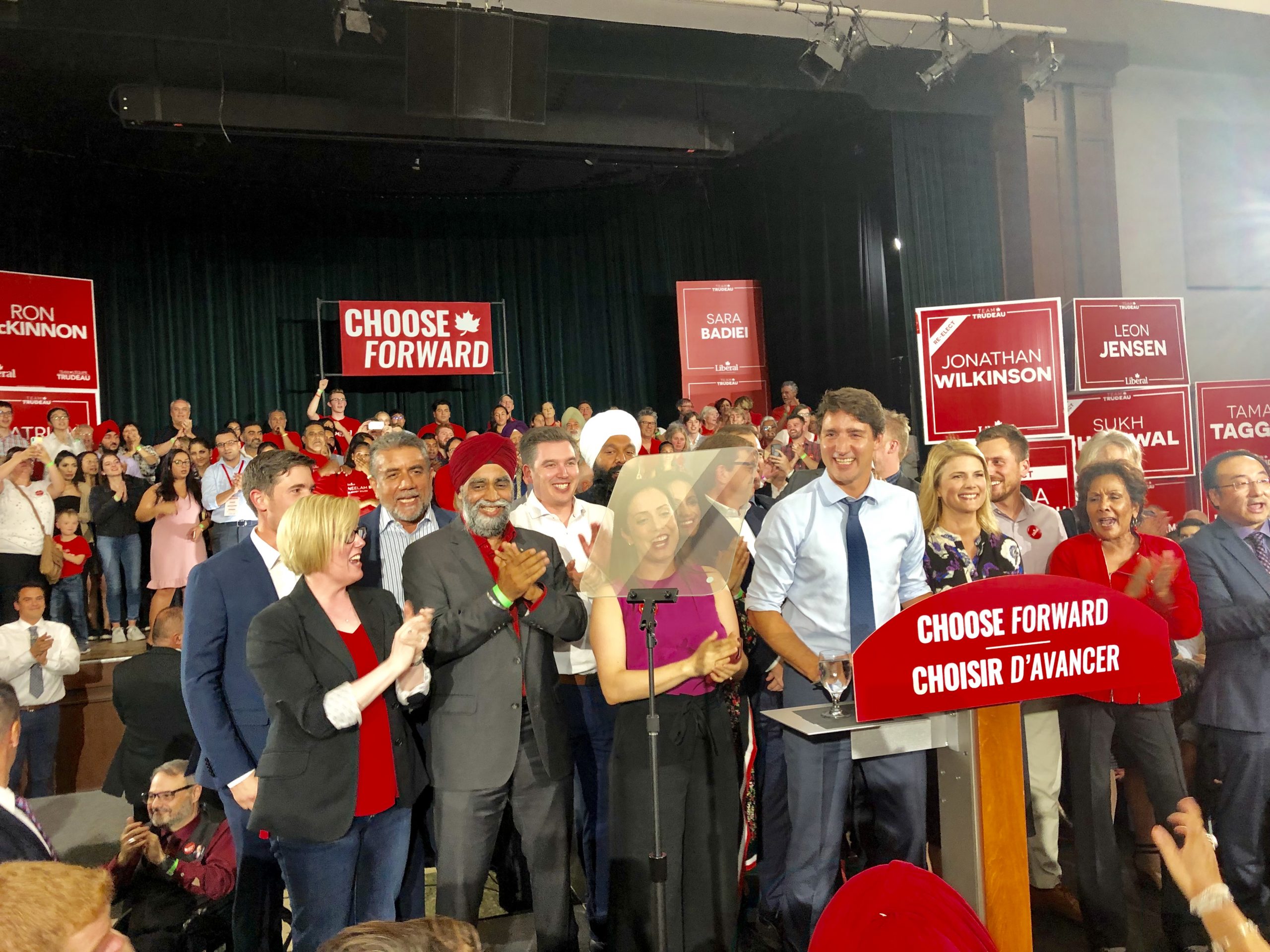 Vancouver: Liberal Leader Justin Trudeau headed Wednesday to what he calls his “second home” in British Columbia for his first event of the 2019 election campaign a province full of both opportunity and peril for the governing party.

He headlined a boisterous evening rally in the riding of Vancouver Kingsway right next door to the constituency held by his former attorney general, Jody Wilson-Raybould. She precipitated a crisis for Trudeau’s government last winter with allegations she had been inappropriately pressured by the prime minister, his office, other ministers and bureaucrats to end the criminal prosecution of Montreal engineering giant SNC-Lavalin.

Wilson-Raybould quit Trudeau’s cabinet over the affair, followed by cabinet ally Jane Philpott. Trudeau eventually kicked both women out of the Liberal caucus and they are now seeking re-election as Independent candidates.

Shortly before Trudeau took to the stage, Wilson-Raybould was rocking the Liberals once again, telling the Globe and Mail that she was interviewed by the RCMP on Tuesday about the SNC affair. She called on Trudeau to waive cabinet confidentiality to allow the Mounties to thoroughly question witnesses and determine whether to launch a formal investigation.

Trudeau didn’t mention Wilson-Raybould, but told hundreds of party faithful it “just felt right” to start the 2019 campaign in B.C., the same place he launched the 2015 campaign.

“My friends, it is so good to be home. You all know how proud I am to be a son and a grandson of British Columbia,” he told the cheering throng, playing up his family connections to the province.

He recounted time spent with his maternal grandparents and working as a teacher in the province, saying: “Some of my best memories in the world are right here in B.C.”

Liberal strategists say Trudeau intends to spend much of the first week of the campaign on the offence, hitting ridings currently held by other parties but that Liberals believe they have a chance of picking up. That includes a number of ridings in B.C., where a four-way fight among the Liberals, Conservatives, NDP and Greens makes the outcome particularly unpredictable.

On that score, Vancouver Kingsway fits the bill. It has been held by New Democrat Don Davies since 2008. He captured 45.7 per cent of the vote in 2015, almost 20 points ahead of the second-place Liberal contender.

Prior to that, the riding was held by David Emerson, who won originally as a Liberal in 2004 only to cross over to the Conservatives immediately after the 2006 election to serve in Stephen Harper’s first cabinet.

In 2015, the Liberals won 17 of B.C.’s 42 seats. While they believe there are seats to be gained in the province, they will also have to fight to retain what they already have in a province where concern about climate change is paramount.

B.C. is home to the strongest opposition including environmentalists, Indigenous communities, Vancouver’s mayor and the province’s NDP government to the Trans Mountain pipeline, which Trudeau’s government purchased to ensure a way to get Alberta oilsands crude to the B.C. coast.

While NDP fortunes have been on the skids elsewhere, the party is still in contention in B.C. The Green party, meanwhile, is hoping for big breakthrough in the province, which is currently home to Green Leader Elizabeth May and the only other elected Green MP, Paul Manly.

Intent on turning the election into a polarized choice between the Liberals and Conservatives, Trudeau went on the attack against the Tories but made no mention of any other rival party.

He accused Andrew Scheer’s Conservatives of having no new ideas, of regurgitating the same “failed” policies of Stephen Harper’s previous government, which he described as tax breaks for the wealthy and cuts in services for everyone else, leading to a stalled economy.

Trudeau extolled his government’s record of investing in people and communities, boasting that his policies have helped spur economic growth, create jobs and lift 900,000 Canadians out of poverty.

By Teresa Wright, The Canadian Press