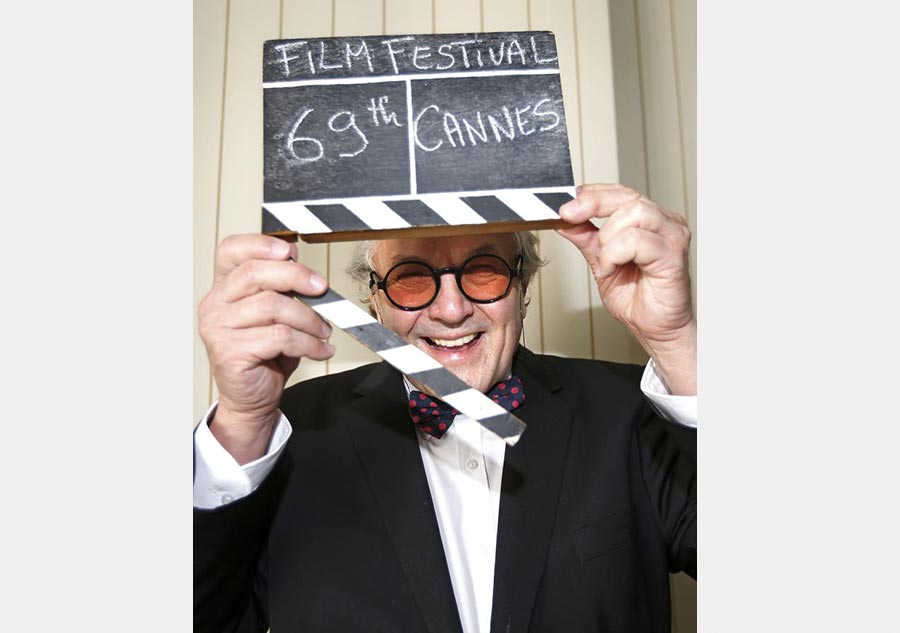 Following the red carpet where the jury and the crew of the opening film were presented to the grand public, the opening ceremony, hosted by French comedian Laurent Lafitte, took place in the Palace of the Festival.

This year’s opening film was chosen to be Woody Allen’s latest film “Cafe Society”. Having already opened the festival twice, “Hollywood Ending” in 2002 and “Midnight in Paris” in 2011, Woody Allen has opened three times the festival, according to Xinhua.

The film, starring Kristen Stewart and Jesse Eisenberg, tells the story of a young man who arrives in Hollywood during the 1930s hoping to work in the film industry, falls in love, and finds himself swept up in the vibrant cafe society that defined the spirit of the age.

This is also the 14th ‘Out of Competition’ selection at Cannes for the American director, screenwriter, actor, writer and comedian.

When asked about why he doesn’t participate in the main competition, Allen said: “I don’t believe in competition for artistic things. It’s all very subjective”.

As for the jury of the main competition, it is composed of nine people, headed by Australian film director George Miller whose “Mad Max: Fury Road” was premiered during last year’s festival.

Heavily criticised for the lack of women’s presence in the festival, this year’s jury includes four females, actress Kirsten Dunst from the US, producer Katayoon Shahabi from Iran, actress and director Valeria Golino from Italy, and French actress Vanessa Paradis.

A total of 21 films, including three Asian films, were selected among the 1869 films in April to compete for the top prize Palme d’Or of this annual film event.

According to the figures of the organiser, about 40,000 film industry professionals are participating in this year’s Cannes Film Festival, including 4,500 journalists from around the world.

The 69th Cannes Film Festival (Festival de Cannes) runs from May 11 to 22 in Cannes.