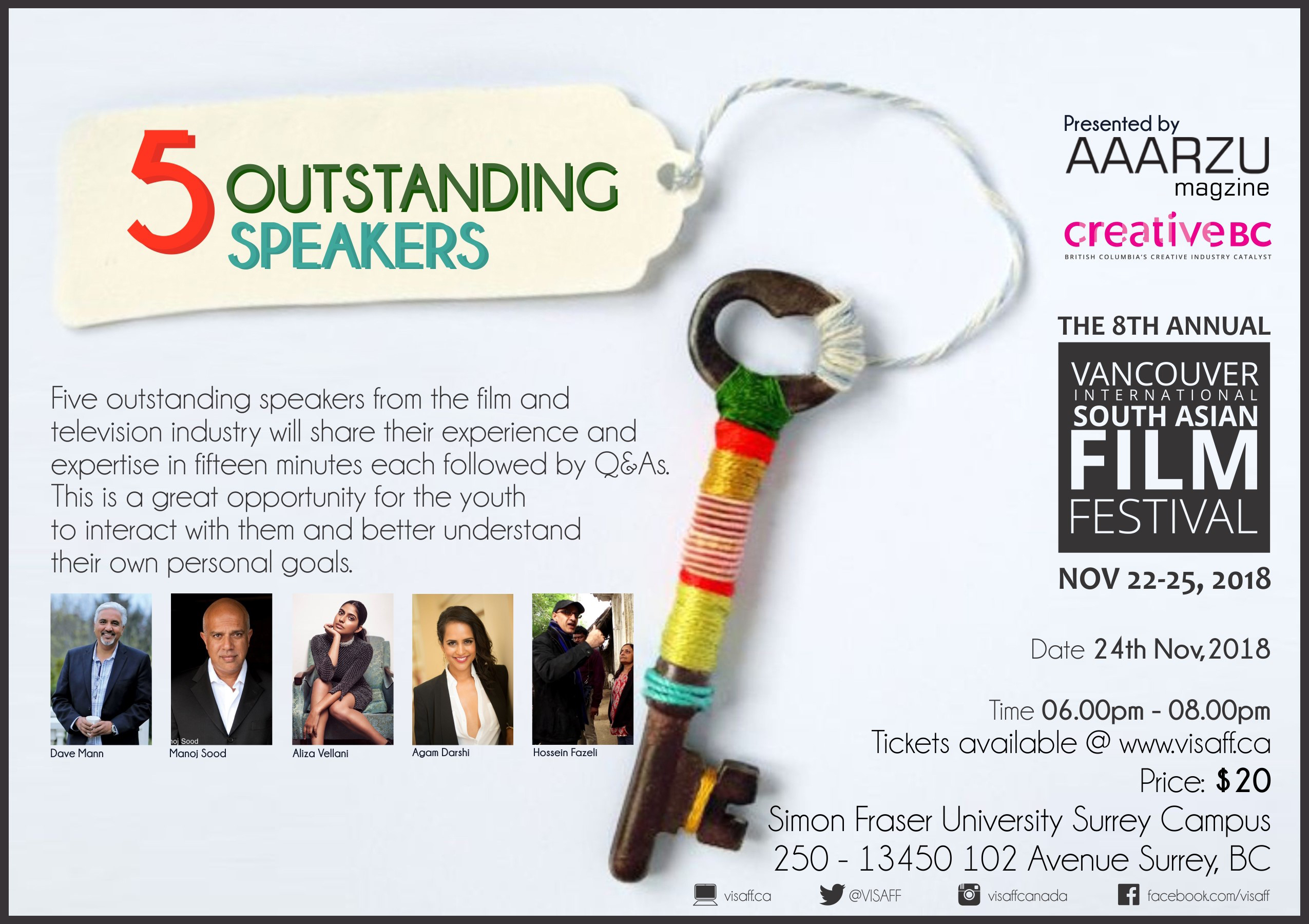 Vancouver: Back again for the 8th year, the Vancouver International South Asian Film Festival (VISAFF) are presenting a line-up you don’t want to miss! The festival is dedicated to bridging the gap between South Asian talent and mainstream audiences and showcases films from all over the world. Taking place November 22 – 25 between five different venues, check out the films and events below:

Be The Future (Short Film)

Are You Volleyball?! (Short Film)

All Kinds of Weather (Short Film)

The Fob and I (Web Series)

For tickets and information, visit www.visaff.ca