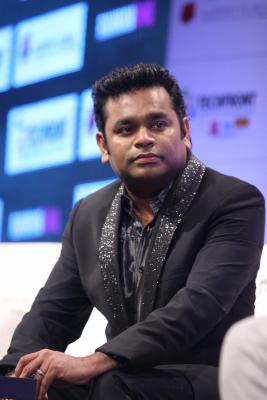 Music superstar A.R. Rahman says that his ambitious production “99 Songs” is all set to go on floors after four years of work, and revealed that it is a Hindi film with a hero from Kashmir.

“I’m in the midst of pre-production, so been working on it for four years and now it’s going to go on floors. We are releasing a virtual reality promo, not exactly a promo, but a gist of the whole thing, probably in a month, so we’re shooting for it all over the place.

“It is an Indian film, whatever the fate is, God will decide and people will decide. It is a Hindi film, the hero is from Kashmir, the heroine is from another place, which I’ll tell later,” said Rahman, at the trailer launch of film “Pele: Birth of a Legend”, for which he has given the music.

Rahman’s banner Y.M. Movies, has produced the film and Rahman has penned the story of the film, directed by Vishwesh Krishnamoorthy. A first look poster of the film with a couple hanging in the air with the background of a piano and hearts, was released two months back.

Rahman also recently worked on Suriya’s Tamil film “24”. He is also working on Mani Ratnam’s next film and Shankar’s “Robot 2”.

Rahman’s last album “Raunaq” had released two years back. About his plans to do another album, he said: “I want to do it, what happens is that in my album I’m the producer, so my constant loyalty goes for people who’re waiting for my songs, so it (album) never gets made; three albums that I started I never made it; hope it’ll happen.”

Asked how he managed to remain unique in every project of his, he said: “I’m the listener for my music, I always want to do that. I know people say, ‘can you do the ’90s kind of music, can you do like ‘Taal’ or ‘Rockstar’; it’s a phase I’m going through internally as an artist. I want to satisfy myself, that’s what I keep doing. I want to be honest to myself, I want to enjoy and be passionate about what I’m doing.”

“Ginga” is the first song released by Rahman for “Pele: Birth of a Legend”.