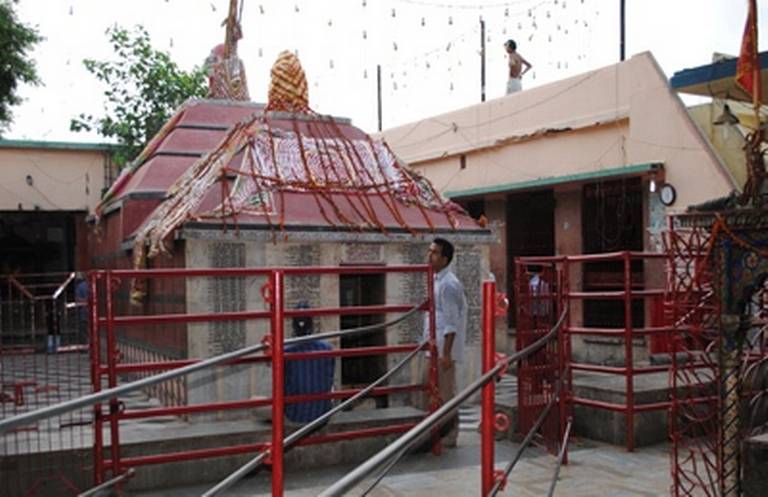 Gaya (Bihar), March 27 (IANS) A group of beggars in this Bihar town has opened their own bank, which they run and manage to provide financial security in times of crisis.
Dozens of beggars, who have been depending for their survival on alms from hundreds of Hindu devotees at the gate of ‘Maa Manglagauri Mandir’ (temple) in Gaya town for years, have started the bank.
The beggars call it Mangala Bank.
“It is true that we have established a bank for ourselves,” said Raj Kumar Manjhi, one of the 40 beggars who are members of this unique “bank”.
“Bank’s manager, treasurer and secretary along with one agent and other member, who are running and managing it, are all beggars,” Manjhi told IANS in Gaya, about 100 km from here. Manjhi, incidentally, is the manager of the bank.
Manjhi, who is literate enough to manage the accounts and other works of the bank, said: “Each of us (beggars) deposits Rs.20 every Tuesday in the bank that comes to Rs.800 weekly deposit.”
Malti Devi, who is secretary of the bank that was established six months ago, said: “It began last year with a big hope and to fulfill aspirations of beggars. We are still not treated well in the society because we are poorest of the poor.”
Malti now reaches out to more and more beggars by opening their account.
“Most of the beggars who are members of the ‘bank’ have neither BPL (Below Poverty Line) card nor Aadhaar card,” she said.
Manjhi’s wife Nagina Devi is treasurer of the bank. She said: “My duty is to manage the deposit money.”
Bank’s agent Vanarik Paswan said his job is to collect money from each member weekly for deposit.
Manjhi said their bank helped him when he faced an emergency.
“Early this month, my daughter and sister sustained burn injuries while cooking. The bank has provided me a loan of Rs.8,000 for their medical treatment. It is an example of how the bank can help a beggar like me without any paper work or guarantor as practiced in nationalised and private banks,” he said.
Manjhi would not have to pay interest on his loan for a month.
“The bank has made it mandatory to pay interest on a loan at the rate of 2 to 5 percent from next month to put pressure to pay back loan amount,” Malti said.
Beggars like Nathun Budha, Basant Manjhi, Rita Masomat, Dhaula Devi said that they were happy that at least now they have their own bank.
“We saved some money at least now and deposit in the bank,” said Basant.
Rita said they have been depositing money in the bank to meet her future needs.
Nathun added that what was unique about their bank is the fact that it is owned and managed by beggars who decide on the rules and regulations themselves.
The beggars were encouraged to start their own bank by officials of State Society for Ultra Poor and Social Welfare last year.
By Imran Khan, IANS