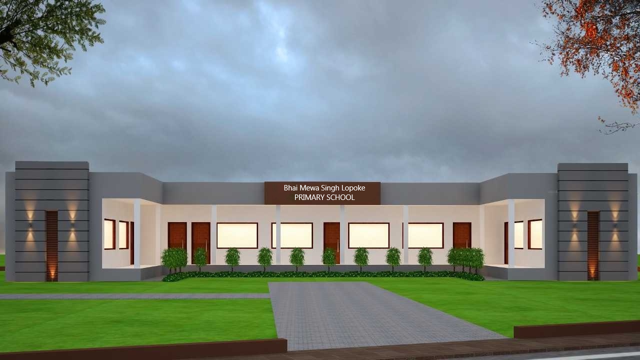 In 1915, the Government of B.C. killed Mewa Singh but also set his legacy in stone. Today, for B.C. Sikhs, Mewa Singh is a folk hero and a symbol against oppression. He has been honoured and commemorated in the community, but now the NGO SAF International is adding the final chapter to his story by taking him back to his ancestral village: Lopoke, Amritsar.

The story of Mewa Singh begins with the birth of the Ghadar Party. In 1913, when the Ghadar Party was created, B.C. quickly became a major base of operations. Some Ghadar Party leaders were also members of the Khalsa Diwan Society (KDS) including KDS president Bhai Bhag Singh Bhikhiwind and granthi Balwant Singh. The concern for a revolt against the crown prompted the government to call Anglo-Indian William Hopkinson to monitor political activity in the Indian community.

Hopkinson used his position to create divisions and chaos. He recruited some Sikhs to be informants and even used them to intimidate others through violence. The most notable informant was Bela Singh Jian. On September 5, 1914 Bela Singh entered the gurdwara on West 2nd street and assassinated Bhag Singh and injured several bystanders.

Local Ghadar leaders realized that Hopkinson, the source of all the violence, had to be stopped. It was then on October 21, 1914, at Bela Singh’s trial at the Vancouver Courthouse (present day Vancouver Art Gallery), where Mewa Singh walked up to Hopkinson and shot and killed him on the spot. Mewa then handed over his revolver and offered himself to police.

At trial, Mewa Singh stated that his religion teaches him to not have enmity towards anybody, and he has no enmity towards Hopkinson, but he had to take his life because he was oppressing poor people.

Although a folk hero in B.C., Mewa Singh is unknown in his ancestral village of Lopoke. This will change thanks to SAF International, a local NGO that has been supporting poverty alleviation in India since 2014. SAF will honour Bhai Mewa Singh in launching their new initiative to improve rural primary schools. The improvements will include creating a better facility and providing education resources to give children a better learning environment.

Quality public education is vital for both economic and social development. However, in India, middle and high-income class families are sending their children to private schools given the inferior quality of public education. This trend has resulted in great reliance on the private education system and the stigma that public schools are only for the poor. Moreover, many parents are raising concerns of private schools continually raising fees and gouging families.

The Punjab Government has been seeking support from NGOs and NRIs to improve public school infrastructure.  The SAF school develop project will exemplify the benefits of investing in public education; and make children feel proud – not shame – in attending their village school.

The SAF team decided the first school project to be in honour of Bhai Mewa Singh in his ancestral village of Lopoke. The Lopoke village primary school will be rebuilt and renamed Bhai Mewa Singh Primary School and will include a plaque telling his story. This school project will be funded with the support of Gurdwara Sahib Sukh Sagar in New Westminster.

Mewa Singh was not among the prominent Ghadar leaders but instead a simple and humble man. He offered to sacrifice himself because he had no wife and no children; but now, the children of Lopoke can say Mewa Singh is ours, and we are his children.