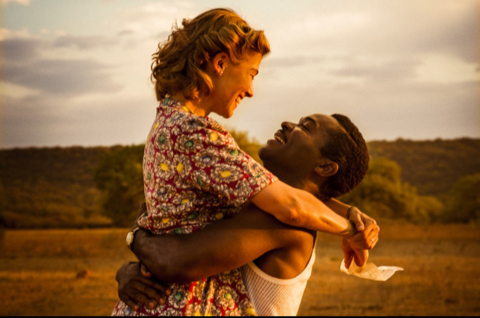 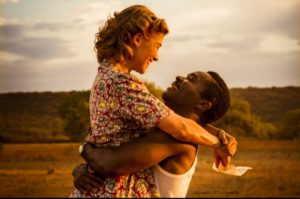 Finding mister or Mrs. right can be a daunting task. Throw in different races and there’s no telling what will transpire. A true story of star-crossed love in far-flung places hits home hard in A United Kingdom. Triumphant performances herald this uplifting drama from Fox Searchlight Pictures gunning for your hearts and wallets at the Fifth Avenue Cinema.

Based on actual events and real people our tale kicks off in merry London Town when a foreign student from Africa no less has a chance meeting with a mere commoner. Just one look it took for Seretse Khama to fall fast and not so furious for Ruth Williams. Capable of pulling off this will-matched though fledgling well-meaning pairing are David Oyelowo and Rosamund Pike (Die Another Day).

Most relationships undergo pressure and normal ups and downs. What sets this romance apart from almost all others is that it takes place in early 1940s England when most British citizens were rather intolerant. Time and time again this point comes home to roost as the happy couple face harassment on the home front, from the government in England and in what is to become Botswana where incidentally our most recent groom is destined to be the king.

With a great atmosphere and a cool chill emanating from not so well meaning politicians and bureaucrats A United Kingdom turns into a must see movie.