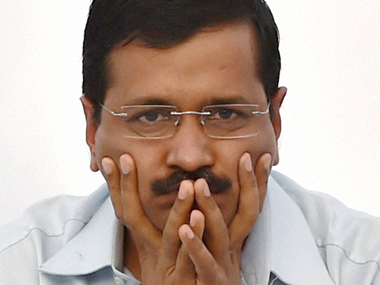 New Delhi, May 26 (IANS) A resolution against the Centre’s decree giving Lt. Governor Najeeb Jung the final say in transfers and postings of bureaucrats was moved on Tuesday in the Delhi assembly while an AAP lawmaker demanded that state legislatures should have the power to impeach governors.

Buoyed by the Delhi High Court’s observation that the lt. governor must act on the advice of the council of ministers, Aam Aadmi Party legislators took turns to criticise the Narendra Modi government’s order giving Lt. Governor Najeeb Jung the final say in matters pertaining to services, police, law and order.

The May 21 notification had also stripped Delhi’s Anti Corruption Branch of its power to act against central government employees.

On the first day of the two-day special session of the assembly called by the Arvind Kejriwal-led AAP government to discuss the home ministry’s notification, Deputy Chief Minister Manish Sisodia moved the resolution, saying the Centre had encroached upon the rights of the Delhi assembly.

“It (notification) is encroachment on the rights of the legislative assembly of Delhi. They (central government) have tried to dilute the spirit of the Constitution,” Sisodia told the assembly.

He said the BJP-led government at the Centre was “unconstitutionally trying to impose President’s Rule in Delhi”.

Taking the tussle with Jung a notch higher, AAP legislator Adarsh Shashtri demanded that a resolution be passed in the assembly to amend the Constitution to enable state legislatures to impeach governors and Lt. Governors.

“We should pass a resolution asking parliament to review the recommendations of the Sarkaria Commission and the articles 155 and 156 of the Constitution to allow state legislatures to have the power to impeach governors and Lt. Governors,” Shastri said.

AAP lawmaker Somnath Bharti moved a private member’s resolution against the union home ministry’s notification. The house will take up the resolution on Wednesday and it is likely to be passed.

The resolution moved by Bharti contended that the May 21 central notification was “contrary to and violative of the provisions of the Constitution of India”.

“This house finds this act of the ministry of home affairs as an attempt on the part of the central government to encroach upon the legislative powers of this august house conferred by the Constitution.”

The notification was issued following the ongoing tussle between the AAP government and Lt. Governor Jung over the appointment and transfer of bureaucrats. Both also approached President Pranab Mukherjee to seek his intervention for a resolution of the issue.

Meanwhile, BJP member O.P. Sharma was marshalled out of the assembly after he made critical remarks against Speaker Ram Niwas Goel.