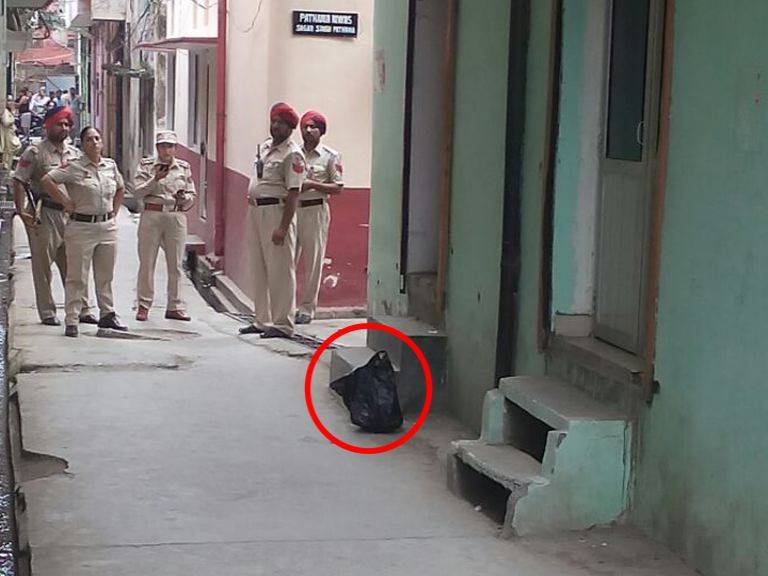 Gurdaspur (Punjab), July 30 (IANS) The recovery of an abandoned polythene bag near a private school in Punjab’s district headquarter town of Gurdaspur on Thursday afternoon led to a bomb scare and the entire area being cordoned off, police said here.
The bag was found in a lane adjoining the DAV School in Gurdaspur, 210 km from Chandigarh.
The entire area, which is close to the local bus stand, was cordoned off and bomb disposal units were requisitioned to probe the suspicious packet.
“We cannot say anything at this moment. We are investigating the matter,” a Punjab Police officer said.
The bomb scare came just four days after a terror strike in nearby Dinanagar town in Gurdaspur district on Monday. Seven people, including a police officer, three home guard personnel and three civilians, were killed in the incident.