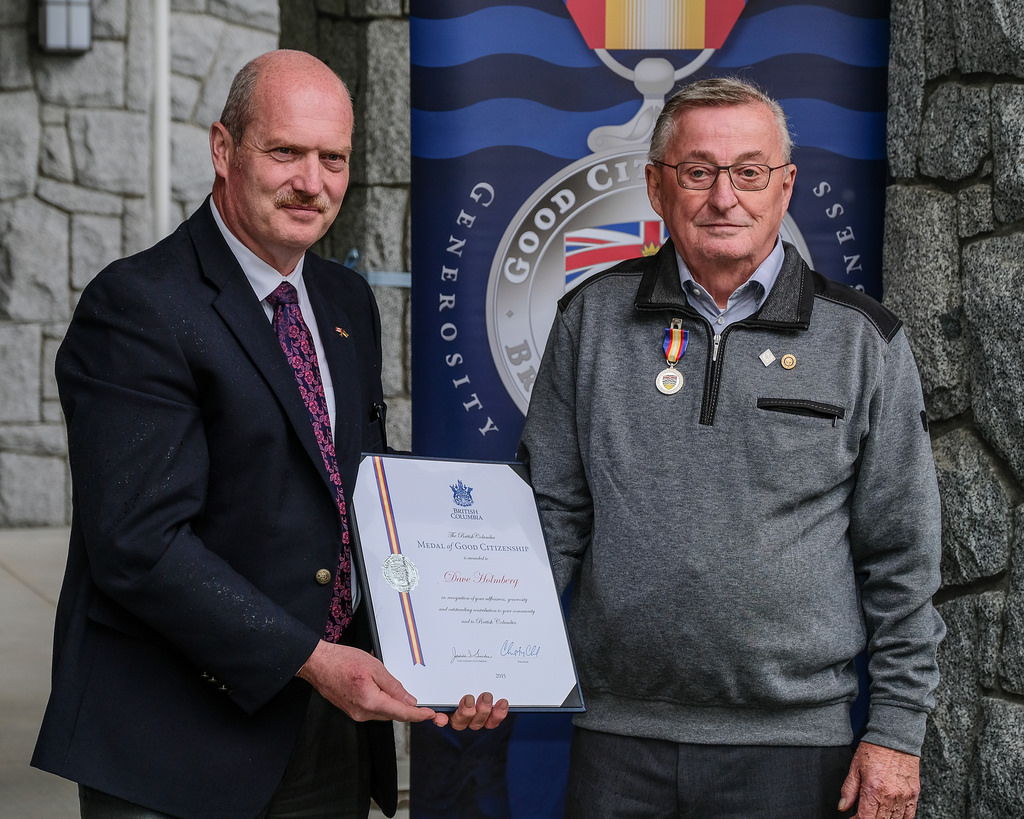 Launched in July 2015 by Premier Christy Clark, the Medal of Good Citizenship recognizes individuals who, through exceptional long-term service, have made outstanding contributions to their communities without expectation of remuneration or reward. The medal reflects their generosity, service, acts of selflessness and contributions to community life. Nominations for the Medal of Good Citizenship are accepted year-round.

Dave Homberg received the medal for his ongoing volunteer and philanthropic contributions to the city. Mr. Holmberg has been actively involved in dozens of community projects and services including the building of the 10km Discovery Trail in Abbotsford. He has worked tirelessly for countless fundraising drives, many of which have resulted in bursaries and major equipment and building projects for organizations such as the Salvation Army, Big Brothers and Big Sisters of the Fraser Valley, Ledgeview Golf and Country Club and the 4-H Club.

In particular, Mr. Holmberg’s efforts have resulted in the building of the first free-standing hospice facility in Abbotsford on the Campus of Care. He and his wife, Lee, spearheaded the fundraising activities and contributed significantly through their personal donations after they tragically lost a son to illness in 2011.

Holmberg House, named in memory of Dave Holmberg Jr. is a gift to the city of Abbotsford and was built by the donations and gifts-in-kind from many generous volunteers, staff, civic and provincial governments and community members – but it would not have been possible without Holmberg.

Holmberg is among a select group of British Columbians who will receive the Medal of Good Citizenship. The medal was presented at a ceremony at the Abbotsford Hospice Society offices.