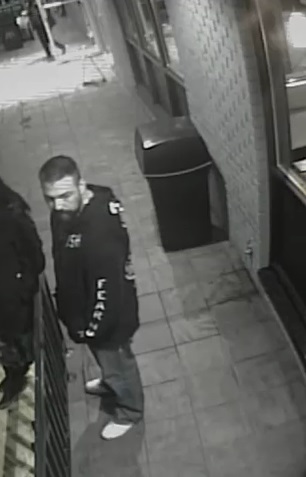 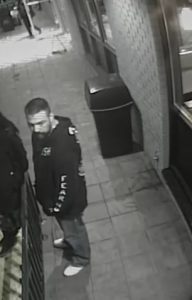 On Friday, January 26, 2017, at 9:35 pm, an employee of a McDonald’s Restaurant located in the 32900 block of South Fraser Way contacted the Abbotsford Police Department to report a possible domestic assault taking place outside.  APD Patrol Division officers arrived on scene but were informed that the male and female involved in the incident had left the area, walking away in separate directions.  Police reviewed security video and observed footage first showing the male and female arguing outside the front doors and then the male striking the female in the head with his hand.

Abbotsford Police officers searched the area for the suspect and the victim but did not locate either party.  No other calls related to this incident were received.

Investigators are now asking for the public’s assistance in identifying the suspect (see still photos). We are also appealing for the victim to contact us.   In addition, there were several customers in and around the restaurant at the time of the incident and we are asking them to come forward if they witnessed the argument or assault.

The suspect is described as a stocky, Caucasian male with short hair and a dark goatee.  He was wearing a dark-coloured hoodie with “Headrush” printed on the front, writing down the sleeves and a circular logo on the back. 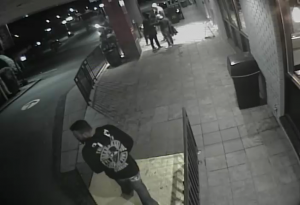