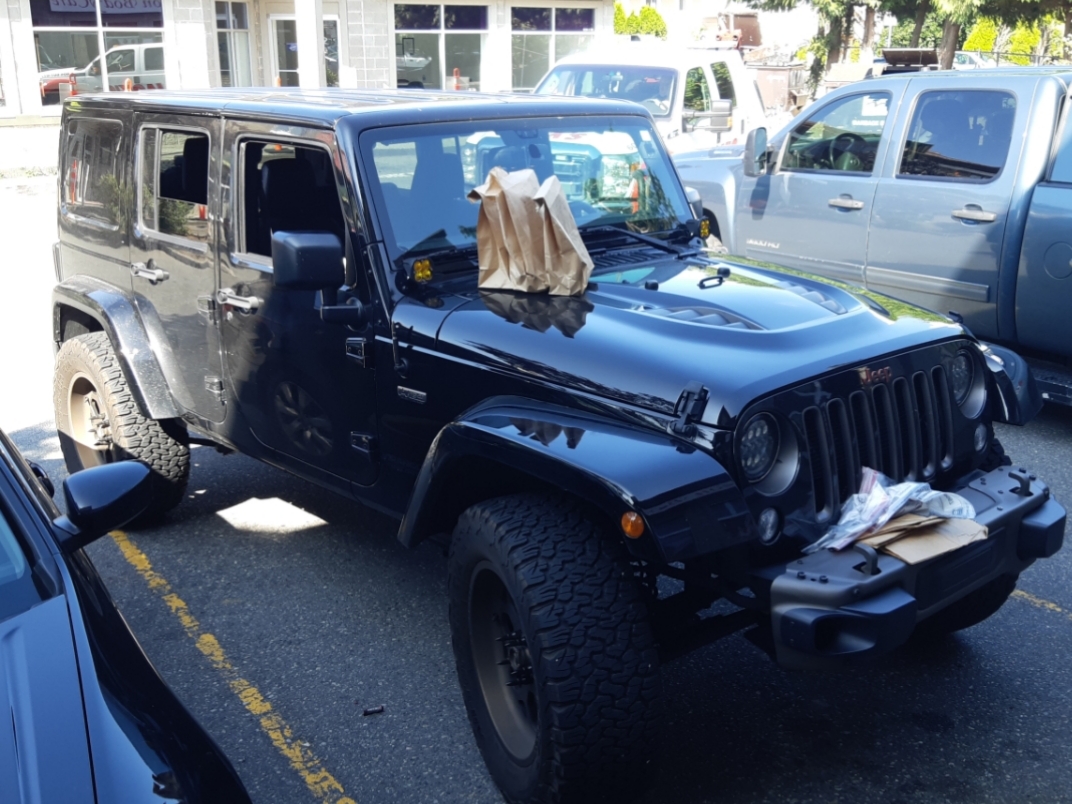 The investigation resulted in the arrest of three Abbotsford males, two 18 year olds and a 19 year old. Police seized approximately $1500, individually pre-packaged doses of fentanyl and crack cocaine, cell phones that were being used to conduct the drug deals and a 2016 Jeep Wrangler that was being used to deliver the drugs.

The arrests were conducted with assistance from members of the Patrol Division, Emergency Response Team (ERT) and the Lower Mainland Integrated Police Dog Service Unit.

pursued against the three males. A referral to the Civil Forfeiture Office for all of the seized assets, including the vehicle, is being considered.

The Abbotsford Police Department’s Gang Crime Unit Sgt Smith states, “We are currently seeing a trend in Abbotsford evolving around the recruitment of youth into gangs, and more specifically “New” drivers. More established street level drug dealers are aware that the police are seizing vehicles and assets upon being arrested; so they are recruiting younger drivers to chauffeur them as they conduct their drug trafficking business.  In most cases, these young, new drivers are using vehicles registered to their parents to drive the dealers around with the promise that they will get a share of the profit at the end of the day.”

Sgt. Smith warns, “Although the lure of making easy cash money may sound very attractive to the youth, if you are caught driving drug dealers around, you will be charged with Trafficking a Controlled Substance regardless whether you touch the drugs or not; you are still part of the offence being committed. If our investigation determines that the vehicle you are driving is an “Instrument” used to facilitate the offence, it can be seized and may be referred to the Civil forfeiture Office, regardless of whether you or your parents are the registered owners.”

The Abbotsford Police Department would like to remind our community and young people- if you get involved in the drug trafficking trade, you are putting yourself, friends and family at risk of becoming involved in organized crime such as the Lower Mainland Gang Conflict.  This puts anyone you care about at risk of personal injury or death, not just the possibility of losing your cash and your car.

If you think your child or someone you know is at risk or involved in gangs or drug trafficking, there is help available for you. Get in touch with the Abbotsford Police Gang Crime Unit at 604-864-4777 (emailgangintervention@abbypd.ca) or CFSEU-BC’s Gang Intervention Team today for support at 604-897-6023 (gangintervention@cfseu.bc.ca).