The Police Board is a civilian governing body which receives its authority under the Police Act. Police Boards perform the following governing functions:

Police Board members are not paid; they voluntarily contribute their time and efforts to benefit our community. 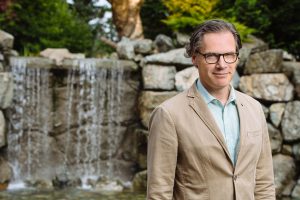 Mark Warkentin is a founding partner of Linley Welwood, and served as Managing Partner of Linley Welwood and its predecessor firm for nine years. His areas of practice include real estate transactions, real estate development, business transactions, financing, corporate, and commercial law. He holds a B.A. (magna cum laude) from the University of Saskatchewan (1988), and an LL.B. from the University of British Columbia Law School (1992). He has a diverse background in business law, criminal law, and civil litigation including seven years with one of BC’s leading personal injury firms.
Mark has been involved for many years with the Canadian Bar Association, Abbotsford and District Bar Association, as a guest lecturer at Professional Legal Training Course, and as a presenter on legal topics at the Real Estate Investment Network (REIN). He currently is the Vice President of the Abbotsford Chamber of Commerce. In 2014 he was appointed to the board of the College of Traditional Chinese Medicine Practitioners and Acupuncturists of British Columbia, where he chairs the Inquiry Committee and sits on the Finance Committee. In July 2016, he was appointed to the Abbotsford Police Board.
He and his wife live in Abbotsford and are parents of two French immersion students.

Mike works as a Senior Manager of Commercial Banking at Canadian Western Bank (CWB) in Abbotsford. Over the last 11 years, he has held various lending and leadership positions with Farm Credit Canada and CWB serving a mix of commercial clients, real estate developers, agricultural producers and agribusiness operators.

Mike is the past president of the Abbotsford Chamber of Commerce and has served as the past-chair of the Chamber’s Agricultural Committee while representing the Chamber on the City of Abbotsford’s Agriculture Dyking, Drainage, and Irrigation Advisory Committee, Economic Development Commission, Mayor’s Task force on Economic Prosperity and the Homelessness Task Force.

Mike has served as a committee chair, committee member or volunteer for numerous community organizations including the Abbotsford Airshow, Abbotsford Community Foundation, Agrifair, BC Summer Games and UFV. In 2014, he was appointed as a task force member for the Abbotsford School Board – Trustee Remuneration Committee and in 2016 to the City of Abbotsford – Mayor and Council Remuneration Working Group.

Currently, Mike is the President of the Abbotsford-Matsqui Rotary Club and a Provincial Appointee to the Abbotsford Police Board.

A UFV Graduate with a Bachelors of Business Administration; Mike was born, raised and educated in Abbotsford.