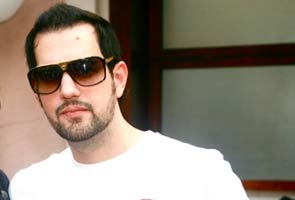 Islamabad, March 8 (IANS) The abducted son of slain former Punjab governor Salman Taseer was on Tuesday freed by security forces from Balochistan’s Kuchlak area, five years after he was kidnapped by unidentified gunmen from Lahore.

The security forces located Shahbaz Taseer in an area near Kuchlak, a statement released by the Inter-Services Public Relations (ISPR) said.

Shahbaz Taseer was kidnapped from Lahore on August 26, 2011, near his company’s head office in Gulberg area a few months after the assassination of his father Salman Taseer — who was then Punjab governor — at the hands of his bodyguard Mumtaz Qadri.

No details on the whereabouts of Taseer were earlier made public.

However, there were speculations that Taseer was held captive by a group that was negotiating the release of Salman Taseer’s killer Mumtaz Qadri and other prisoners.

There were also unverified reports of Shahbaz being killed in a drone strike in Waziristan.

The development comes just a week after Salman Taseer’s assassin was executed at Rawalpindi’s Adiala Jail.