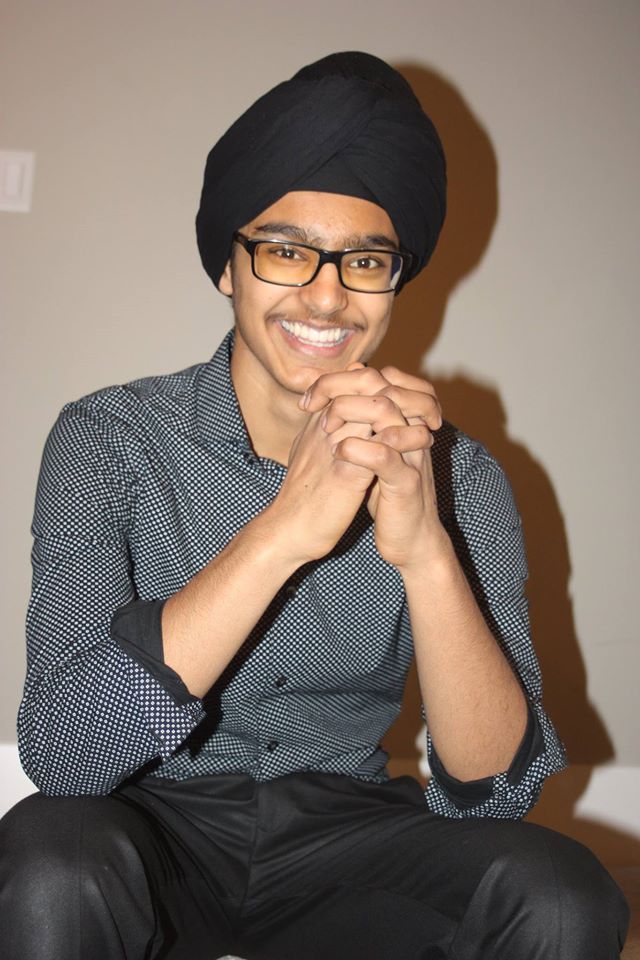 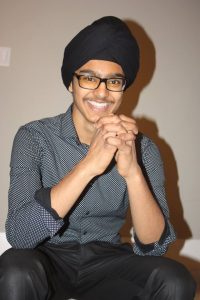 Delta: Abhayjeet Singh Sachal from Seaquam Secondary School is among the 17 High school students to have won the the Vimy Pilgrimage Award. He will travel to Europe in April 2017 to learn about Canada’s First World War legacy, participating in the commemorations for the centennial of the Battle of Vimy Ridge. Out of hundreds of applicants from across the country Abhayjeet Sachal, 15 of Surrey was selected to participate in this program, which recognizes the actions of young people who demonstrate outstanding service, positive contributions, and leadership in their communities.

It may be recalled that Abhayjeet had also been selected for the prestigious Arctic expedition in July this year, organized by Students on Ice.

The Vimy Pilgrimage Award consists of a fully funded, week-long educational program in France and Belgium to study Canada’s tremendous First World War effort. This week, scheduled for April 7 – 16, 2
017 and organized by the Vimy Foundation, will include classroom education and daily field trips to important First World War sites. 17 Canadian students have received the award, and will be joined by an additional 8 students from Belgium, Great Britain, France, and Germany, for a truly international educational experience. This story would not only highlight the accomplishments of these young community leaders, but also builds into a larger context about the upcoming activities to mark the centennial of Vimy Ridge in 2017.

The 25 winning students will attend the commemorations for the 100th Anniversary of the Battle of Vimy Ridge on April 9, 2017 at the Canadian National Vimy Memorial in France along with tens of thousands of other Canadians. The 100th anniversary of Vimy coincides with the 150th birthday of Canada in 2017 and will be one of the most highly recognized milestones for Canada next year.

The Battle of Vimy Ridge was not simply a First World War battle; students will learn how this event was Canada’s coming of age. As Vimy Foundation Executive Director Jeremy Diamond notes, “It was a seminal moment in our history, a victory that helped give us our own voice around the world.”

The Battle of Vimy Ridge, d 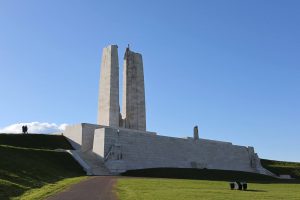 uring the First World War, is Canada’s most celebrated military victory — a sometimes mythologized symbol of the birth of Canadian national pride and awareness. The four divisions of the Canadian Corps fighting together for the first time, attacked the ridge from 9 to 12 April, 1917 and succeeded in capturing it from the German army. More than 10,500 Canadians were killed and wounded in the assault. Today an iconic white memorial atop the ridge commemorates the battle and honours the 11,285 Canadians killed in France throughout the war who have no known graves.

Working with the Government of Canada, the Vimy Foundation is building a Visitor Education Centre at the Vimy Memorial site in France, so that students and visitors can better understand this pivotal moment in Canadian history.  This trip is supported by the Peter Cundill Foundation with  program partners EF Educational Tours and Canada’s History.

For more information about the Vimy Foundation and the Vimy Pilgrimage Award, please visit their website at www.vimyfoundation.ca/pilgrimage-award.