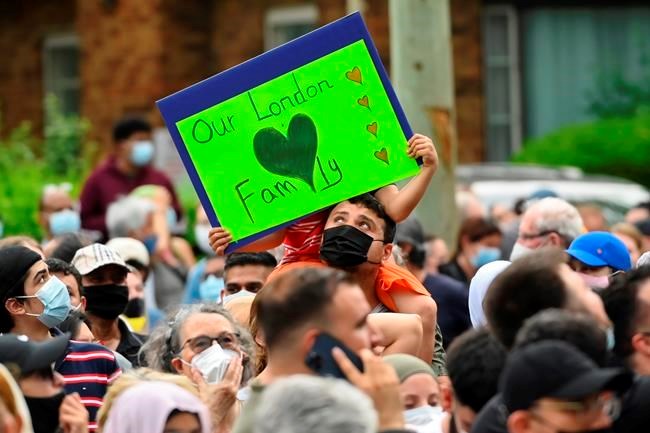 London: Thousands of mourners, many wearing purple hijabs, crowded outside a mosque along with several dignitaries Tuesday for an outdoor vigil in honour of four members of a Muslim family killed in what police have called a targeted hate crime.
Pandemic restrictions were especially eased to allow the commemoration in hot, humid weather just days after the attack in the southwestern Ontario city that wiped out three generations of the family, including 15-year-old Yumna Salman.
As volunteers handed out bottled water to help deal with the heat, several of Yumna’s close friends stood amid the crowd, which stretched more than a city block. They carried signs that read simply: “She was our friend.”