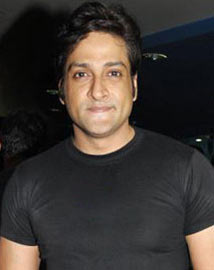 “It was a heart attack. It happened around 2 a.m. on Friday. He was not suffering from anything (any disease),” Kariya told IANS.

Inder breathed his last at his residence in Four Bungalows, at Andheri, here. He is survived by daughter Khushi, whom he had with Sonal, and his second wife Pallavi.

“He was from Kolkata, but was born in Jaipur and has worked in (around) 20 films,” Kariya said.

In 2014, Inder had hit the headlines for being arrested on charges of rape after a 23-year-old model-cum-actress lodged a complaint accusing him of raping her after promising to give her lead roles in Bollywood movies.

Celebrities like Abhishek Bachchan, Anupam Kher and Raveena Tandon were shocked at the news of Inder’s death.

“Omg shocking news. Worked with him in ‘Khiladiyon Ka Khiladi’. Too young to go. May his soul rest in peace. God give strength to his family,” Raveena wrote.

Abhishek commented: “Very sad. He was such a nice guy and actor. Always was very kind to me. Rest in peace.”

Anupam said: “Deeply saddened by untimely demise of Inder Kumar. Have acted with him in a few films. He was very simple, humble and a very committed actor.”

Sonu Sood also condoled Inder’s death saying: “So sad to know about actor Inder kumar passing away! Such a nice guy. Used to workout in my gym. May his soul rest in peace.”