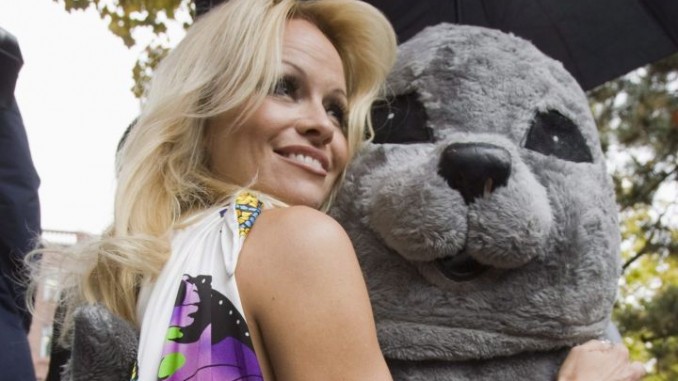 Ottawa: Pamela Anderson is hoping Prime Minister Justin Trudeau will hear her out on behalf of seals.

In a letter to Trudeau, the Canadian-born actress asks him to meet her to discuss phasing out or ending federal subsidies for the East Coast commercial seal hunt.

Anderson writes in the letter obtained by The Canadian Press that Ottawa has poured millions of taxpayers’ dollars into propping up the fading industry.

The honorary director of the PETA animal-rights group says the money could be better spent promoting businesses with a brighter future that would help the world see Canada as a sophisticated, enlightened country.

The former star of the TV series “Baywatch” is among several prominent figures including U.S. President Barack Obama and music legend Paul McCartney who have spoken out against the hunt.

Anderson notes that major markets such as the European Union, the United States and Russia have all banned seal-fur products over animal-welfare concerns.

The former Conservative government steadfastly defended the commercial hunt as beneficial for local economies, humane and well regulated. In recent years, the federal government has invested in programs to promote seal meat in domestic and foreign markets.

Anderson wrote in her letter to Trudeau on Monday that she admires his progressive views on LGBT rights, his compassionate stance on the Syrian refugee crisis and his decision to name a gender-balanced cabinet.

“There’s another issue that has sullied Canada at home and abroad for years, which I hope you’ll address: wasteful government bailouts of the nearly extinct East Coast commercial seal trade,” she wrote.

“I hope to hear that you will be available in the coming weeks to discuss this important issue in a more official setting.”