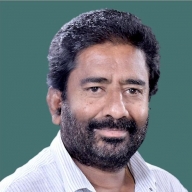 New Delhi: Air India on Friday lifted its ban on Shiv Sena MP Ravindra Gaikwad, whose flight bookings had been cancelled repeatedly after he assaulted an officer of the national carrier last month.

According to Air India, the ban was lifted after the Civil Aviation Ministry wrote to the airline, a day after Gaikwad expressed “regrets” in the Lok Sabha over the March 23 incident.

“Ministry of Civil Aviation has today directed us to lift the ban in view of the apology tendered by Mr. Gaikwad to the Hon’ble Minister of Civil Aviation. The ban placed by Air India on Mr. Gaikwad has, therefore, been lifted with immediate effect,” the airline said in a statement.

“Air India, however, remains committed to ensure that its employees are not assaulted and neither misbehaved with by any passenger and would always take strong action to preserve the dignity of its employees at all times.”

The national passenger carrier had placed a ban on the movement of the MP on its flights after the incident in which Gaikwad assaulted an Air India employee.

Subsequently, two FIRs were filed at the IGIA (Indira Gandhi International Airport) Police Station for assault and delaying of the aircraft — as the MP refused to disembark from the plane. The Delhi Police Crime Branch is currently investigating the cases.

Since the ban, Gaikwad has been compelled to travel by train or road depending on his engagements, keeping away from the media glare.

Meanwhile, the Ministry of Civil Aviation took the decision after the MP assured that such incidents won’t be repeated.

The ministry’s letter to Air India said: “In view of the apology tendered by Shri Gaikwad and the undertaking of good conduct given by him, Air India and other airlines are advised to lift the ban imposed on him for air travel.”

Besides, the letter detailed that in order to deal with unruly passengers in the future, an amendment to CAR (Civil Aviation Requirement) is being drafted by DGCA (Directorate General of Civil Aviation) in consultation with the ministry for establishment of a national “No Fly List”.

Currently, rules only allow airlines to refuse boarding or off-loading of a passenger whose behaviour is deemed as unruly or disruptive to the safety of flight operations.

Earlier in the day, the national passenger carrier had again cancelled flight tickets allegedly booked by Gaikwad. However, the MP denied making any flight bookings.

Airlines sources said that Gaikwad had booked tickets for travelling between Delhi and Mumbai on April 17 and a return trip on April 24, both of which have been cancelled.

Cancelling his tickets, the national carrier referred to it as a “possible passenger match with Blacklist entry” and it would be treated as ‘No Valid Ticket’.

The development came a day after Gaikwad wrote a letter to Civil Aviation Minister A. Gajapathi Raju expressing ‘regrets’ over the March 23 fracas on Pune-Delhi flight AI 852.

MP Gaikwad had also raised the issue of flying ban on him during Zero Hour in the Lok Sabha on Thursday and demanded that it be lifted.

Even Gaikwad’s party colleagues in the Lok Sabha demanded lifting of the flying ban against him and the party threatened to boycott an April 10 National Democratic Alliance meeting in case the matter was not sorted out at the earliest.