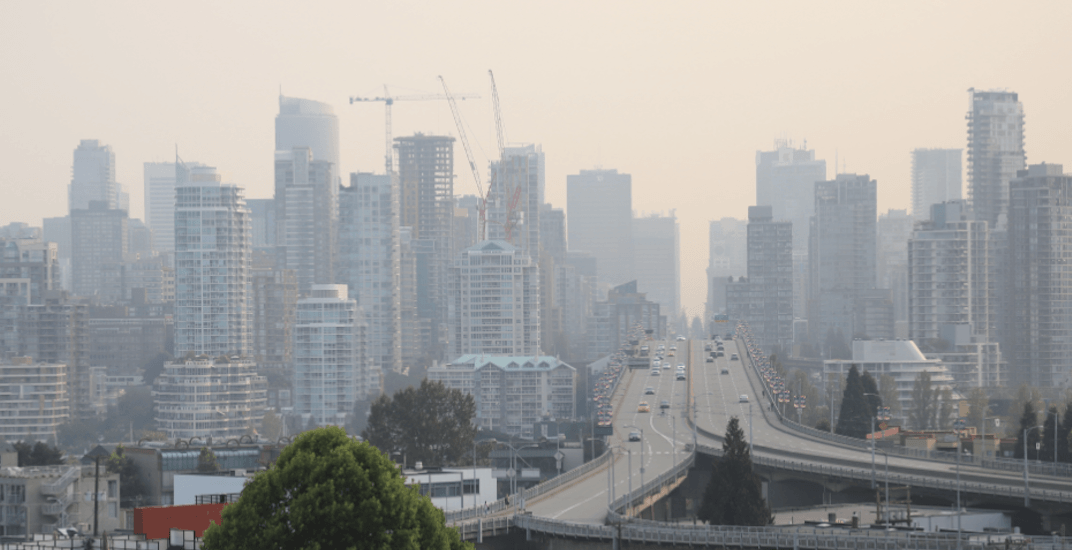 Vancouver: Air quality in the Vancouver area has improved slightly but an advisory on smoke that drifted north from wildfires in the United States was still in effect on Tuesday.
The advisory was initiated on Sept. 8 for Metro Vancouver and the Fraser Valley Regional District because of smoke from fires in Washington and Oregon.
Metro Vancouver says while the air quality did improve slightly, ground-level smoke still remains and it is expected to remain through the week.
It says a change in the weather on Friday may help improve the air quality through the weekend.
A fire at a timber wharf continued to burn in New Westminster on Tuesday after catching fire on Sunday night, which Metro Vancouver says was causing “considerable local smoke.’’
Canada Post cancelled delivery services for several parts of British Columbia on Monday because of the wildfire smoke and deliveries remained suspended for some communities on Tuesday including Castlegar, Duncan, the Okanagan Valley, Trail and White Rock.
The corporation said air quality over central and southern B.C. made delivery unsafe for its workers.
It resumed deliveries in other parts of central and southern British Columbia but warned there could be delays.
Environment Canada also maintained poor air quality advisories for a large swath of the southern part of the province.