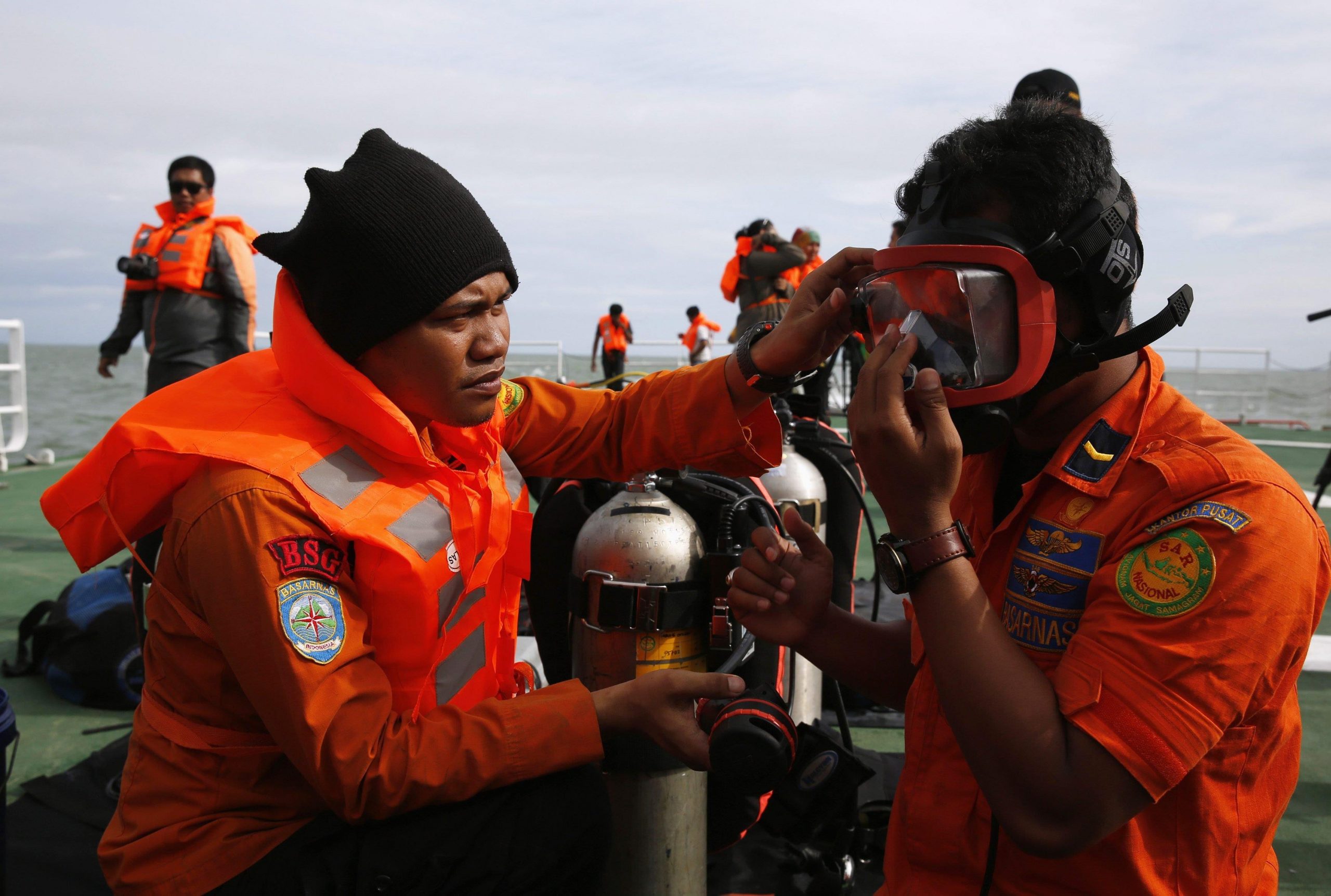 Jakarta, Jan 6 (IANS) Recovery teams Tuesday found two more bodies and located two large metal objects on the sea bed as they expanded the search area for the ill-fated AirAsia flight QZ8501 that crashed into the Java Sea Dec 28 carrying 162 people on board.

So far, 39 bodies of the total 162 people on board have been recovered since the plane crashed into the Java Sea Dec 28 as the operation got hindered by unfriendly sea conditions.

“Strong current has pushed the victims and debris eastwards and forced the rescuers to expand the search area by about 100 square miles (260 sq km),” Xinhua quoted Indonesia search and rescue agency chief Bambang Soelistyo as saying in a press conference on the 19th day of the rescue operation that involves several countries.

Soelistyo said there was still the possibility of finding more bodies as some could still be trapped in the main body of the aircraft despite the fact that they are undergoing some after-death changes in waters.

Two large objects have been identified by US Fort Worth ship during Tuesday’s operation, Soelistyo said, however, the strong current hindered the operation of remotely operated underwater vehicles and divers’ attempts to investigate the debris.

The recovery teams have yet to locate the black box, which is crucial for identifying the cause of the crash, although five big parts, which is believed to be from the plane, have been detected days ago.

Indonesia’s meteorological agency said earlier that the weather was the “triggering factor” in the crash of the plane as icing might have damaged the engine.

AirAsia Indonesia, 49 percent owned by the Malaysia-based AirAsia, has been suspended from flying the Surabaya-Singapore route.

“No pings have been detected from the box, the reason could be complicated,” Chinese aviation expert Mao Yanfeng told Xinhua at Jakarta international airport, citing either the internal failure of the black box or the signal being impeded by mud in the seabed.

Three experts from China’s Civil Aviation Administration arrived in Jakarta early Tuesday and are expected to arrive at Pangkalan Bun, a town on Borneo island’s Central Kalimantan province with the nearest airstrip to the plane wreckage on the same day.

Mao Yanfeng, also the director for disaster investigation in China’s Civil Aviation Administration, said the mission to Indonesia is hunting for the black box, and the portable underwater detection equipment have been brought along.

Mao is positive on finding the box, and said “the side-scan sonar could also locate the Black Box, even after 30 days when the box goes dead”.

Flight QZ8501, an Airbus A320-200, aircraft with 155 passengers and seven crew members on board crash soon after taking off from Surabaya Dec 28 en route to Singapore’s Changi airport. The debris were spotted Dec 30.