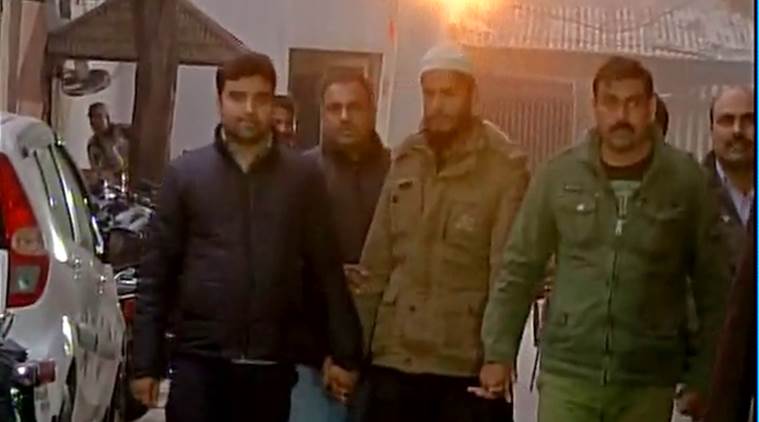 New Delhi, Jan 18 (IANS) Delhi Police on Monday arrested a suspected Al Qaeda terrorist from Mewat in Haryana and got his custody till February 1, officials said.

Abdul Sami, a resident of Jamshedpur in Jharkhand, was arrested from Nuh, the district headquarter of Mewat on the Delhi-Alwar highway, about 45 km from Gurgaon.

“We arrested Abdul Sami from Nuh today (Monday). He was produced before a district court in Delhi that sent him to police custody till February 1,” Special Commissioner of Police (Special Cell) Arvind Deep told IANS.

Sami is the fifth terrorist to be arrested within a month in the ongoing operation by the Delhi Police Special Cell against the Al Qaeda in the Indian Sub-continent (AQIS).

Delhi Police officers on January 6 arrested Maulana Anzar Shah from Bengaluru, who is in police custody till January 20, for plotting to carry out a series of terror strikes in the country.

Asif was the recruitment and training head of AQIS.

Special Cell chief Arvind Deep told IANS that Sami was in constant touch with Abdul Rehman who was to give him further tasks.

“As Rehman was arrested before he could give any terror assignment to Sami, we managed to stop a possible terror strike,” Deep told IANS.

The police officer said Sami had visited Mansehra in Pakistan in January 2014 via Dubai and Karachi and received special training till he arrived in India in January 2015.

Justice NV Ramana appointed as next Chief Justice of India

Transcontinental must sell some papers in Quebecor deal