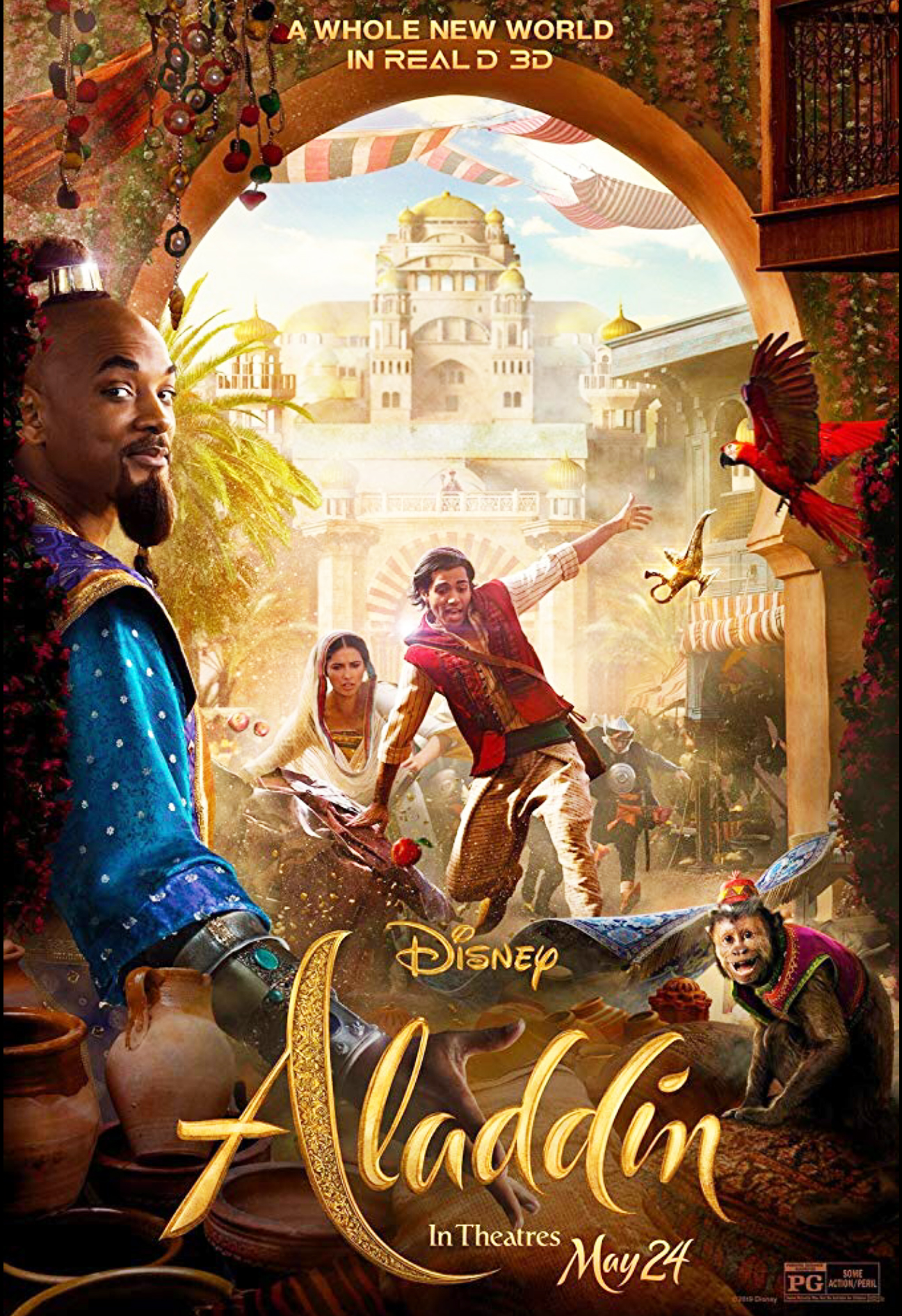 Animated films have a huge following. Once in a while a studio decides to turn a classic animated tale into a live action spectacular. Powerhouse Walt Disney studio triumphs with Disney’s Aladdin. Here the charm effect takes place early and often in this imaginative musical themed adventure now delighting fans at Cineplex Cinemas and Landmark Theatres around B.C.

Part musical, part comedy, part action Aladdin hits all the right notes. Led off by semi narrator Will Smith The former Independence Day Star reigns supreme as a blue wish granting genie. Somewhere in Arabia the giant one is summoned by a minor league rogue who goes by the name of Aladdin. Born to play this part is charismatic Canadian raised Mena Massoud.
Petty thievery aside, Aladdin gets mixed up by chance with a mysterious yet beautiful damsel in distress called Jasmine. Eighth Wonder of the World Naomi Scott (well, that may be exaggerating things just a touch) is thoroughly convincing as a lost in Love lass with a double life. Palace intrigue and daring do are omni present as the quest for that all powerful lamp leads to all sorts of pleasant chaos in this well crafted Guy Ritchie (Sherlock Holmes:  escapist yarn.
Sit back as we get transported to the mysterious world of Arabia with lots of flash, bang and heartwarming songs. Creative flair and an engaging romance turn Disney’s Aladdin into a winner fit for all ages.