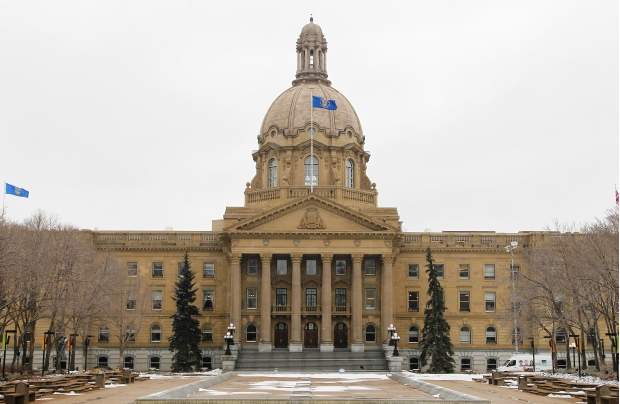 Edmonton: Alberta politicians are to return to the legislature Wednesday to debate bills tied to the COVID-19 outbreak.
Government house leader Jason Nixon says he will introduce legislation underpinning an earlier announcement to allow people to delay paying their utility bills.
“The program is intended for Albertans who are experiencing financial hardship as a direct result of COVID-19,” Nixon said Tuesday.
“For example, those who have lost their employment or have had to leave work to take care of an ill family member.”
The bill would allow residential, farm and small business customers to delay electricity and natural gas payments until June 18.
Nixon said in coming days the government also expect to pass the Emergency Management Amendment Act, which clarifies roles and responsibilities between the province and municipalities during crises.
Also expected to pass is a bill giving mobile home tenants and landlords the same dispute resolution options as those in houses and apartments.
Later this spring, Nixon said the United Conservative government is also to introduce changes to rules surrounding ministerial powers during public health emergencies.
Critics have said recent rules passed by the province under Bill 10 are an unreasonable overreach of ministerial power.
Nixon said passing the bill has put a spotlight on broader concerns with emergency powers granted to the government under the Public Health Act.
The original Public Health Act allows cabinet ministers to suspend or modify laws during a public health emergency. Critics, including the Opposition NDP and the Justice Centre for Constitutional Freedoms, say Bill 10 took that power even further and opened the door for ministers to unilaterally make laws.
“We want to have a look at the entire act and have a legitimate conversation about the powers that it gives to ministers, and whether or not there is enough oversight to that process,” said Nixon.
“We want to make sure that, ultimately, ministers and decisions that are made during an emergency receive as much oversight from the Alberta legislature as possible.”
COVID-19 outbreaks at meat-packing plants in the province are also expected to be discussed Wednesday.
NDP house leader Heather Sweet said her party will call for an emergency debate on this reopening of the Cargill beef processing plant, along with the status of other large workplace outbreaks.
The Cargill plant in High River, south of Calgary, reopened Monday after a two-week shutdown due to its outbreak. It has seen 949 of its 2,000 workers test positive for the novel coronavirus.
There are also outbreaks at the JBS beef-processing plant in Brooks and at Harmony Beef just north of Calgary.
Companies have put in safety measures, including the use of masks and installation of barriers to ensure social distancing.
Sweet said the NDP wants a halt to operations at Cargill until an out-of-province investigator does an independent probe.
“If the UCP has any compassion, they will agree to debate this matter in the legislature,” said Sweet.
Dr. Deena Hinshaw, Alberta’s chief medical officer of health, announced 57 new COVID cases on Tuesday, bringing the province’s total to 5,893. More than half of those people have recovered.
She also said there have been two more deaths, bringing that total to 106.
Health Minister Tyler Shandro said he has signed an order allowing COVID-19 test results to be released to police, if a person deliberately puts officers at risk by spitting, spitting, or sneezing on them.
“This is something first responders in the province are encountering in the course of their duties,” said Shandro.
“We will not tolerate our front-line workers being put at risk in this way.”

The Canadian Press
By Dean Bennett