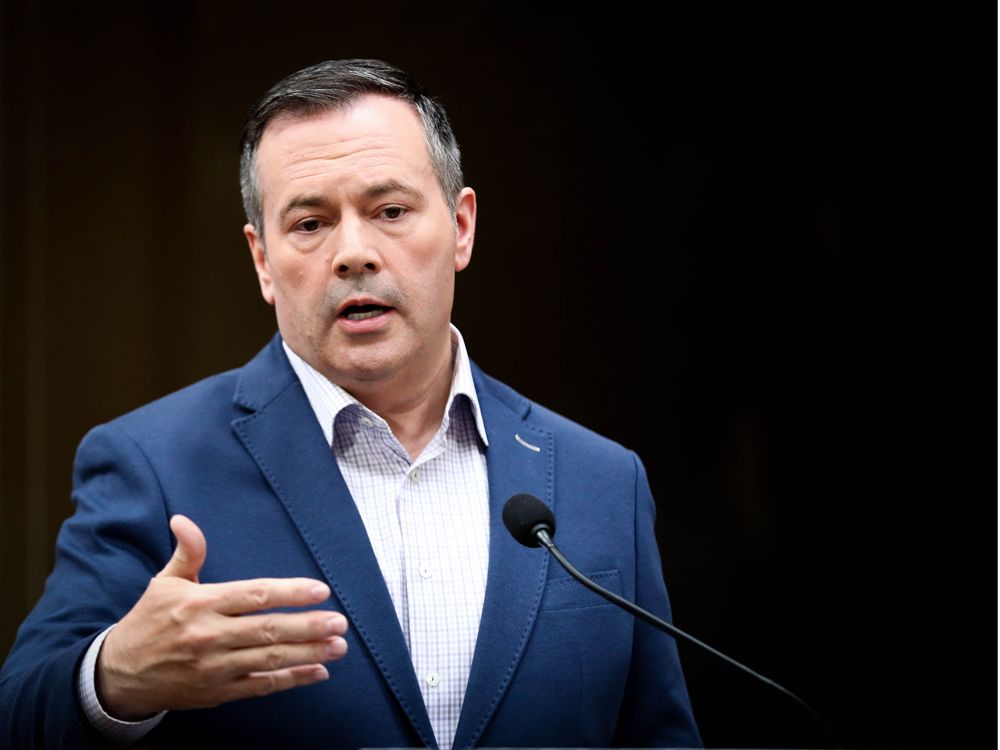 Edmonton: Alberta is to begin emerging from its COVID-19 lockdown on Monday, with the first major date for business reopenings set for May 14.
Premier Jason Kenney says the multi-stage rollout will depend on how well Albertans continue following public health rules to keep the spread of the novel coronavirus in check.
“While we continue to see new cases, and expect to as long as the virus is around, we’ve achieved our primary goal of flattening the curve (of infections) to keep our health-care system from being overwhelmed,’’ Kenney told a news conference Thursday.
“Thanks to the prudent choices that Albertans have made, we are in a strong place.’’
But he also had a warning.
“If people take this as a licence to just let ‘er rip, to go out there and congregate in big crowds and ignore the public health rules … we’ll probably see a significant spike (in cases) and then we’ll have to come in and shut a lot of things down again.’’
Manitoba, Saskatchewan and Quebec have also announced the reopening of some businesses and services next week.
Starting Monday in Alberta, non-emergency surgeries can resume and other specialists like dentists, social workers, and physiotherapists can go back to work, as long as they follow health rules put in place by their professional bodies.
Golf courses can also reopen Monday, as long as their pro shops and clubhouses remain shuttered.
If all goes well and case counts and hospitalizations don’t spike and testing and contact tracing are expanded, the province would begin reopening parts of the economy May 14.
Retailers, farmers market vendors, booksellers, hair stylists and barbers, clothing merchants and daycares can reopen. Museums and art galleries are also allowed to resume.
But the current limit of no more than 15 people in a public gathering would continue.
If all goes well with that stage, larger public gatherings would be allowed down the road, but no date has been determined. At that time, personal services like pedicures and manicures would also be allowed and there would be restricted openings for movies and stage theatres.
Everything else would open at the final stage, including nightclubs, gyms, pools and arenas.
Kenney and Dr. Deena Hinshaw, Alberta’s chief medical officer of health, said the plan is to move forward on a provincewide basis, but exceptions and tighter rules may be necessary to contain localized outbreaks.
Kenney added that while schools may be allowed to reopen in May, it would likely be for just specialized programs or courses.
It’s not realistic for kindergarten to Grade 12 classes, which would need three weeks notice to get back up and running, to expect to see students return, said Kenney.
“Schools will not be opening as a general rule for the balance of this academic year.’’
Opposition NDP Leader Rachel Notley said she agreed with Kenney that the plan needs to be cautious and based on evidence.
But she pointed out that the premier had previously said such a plan would come when 20,000 tests were being done per day.
“We are not anywhere near that number. We are about a quarter of it,’’ said Notley.
“Right now I have the concerns about a lack of testing at essential work sites and that reopening additional businesses will only add pressure and public demand for the assurance that a test for COVID-19 can provide.’’
Alberta has been dealing with outbreaks at several long-term care homes, at two southern Alberta meat-processing plants and at the Kearl oilsands work camp near Fort McMurray.
By Dean Bennett
The Canadian Press

Alberta currently has 5,355 COVID cases and 89 deaths. There are 90 hospitalized patients, who Kenney said are using five per cent of acute care beds set aside for the pandemic.

Eighteen of those patients are extremely serious cases and are on ventilators. They are using about three per cent of the available ventilator capacity.