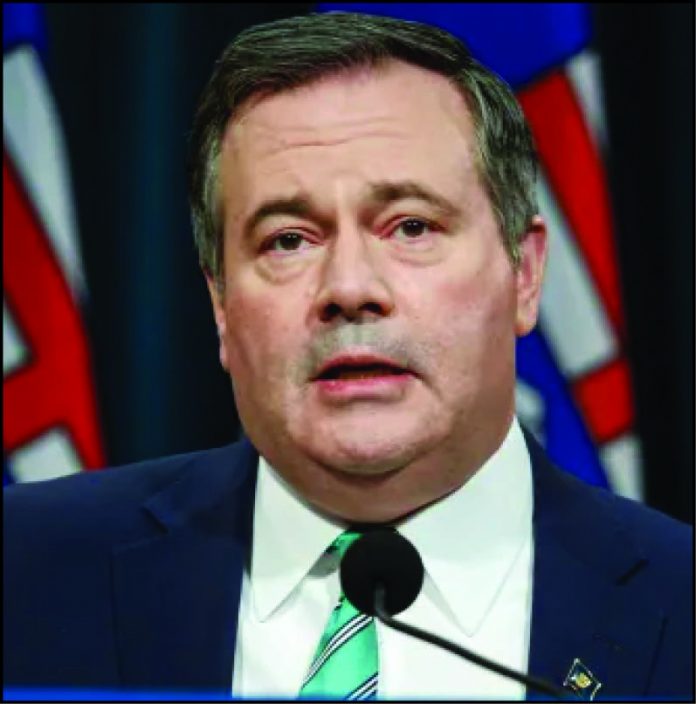 Edmonton: Alberta Premier Jason Kenney says he has been interviewed by RCMP as part of an investigation into potential criminal identity fraud in the 2017 United Conservative Party leadership contest.
“I did an interview at (their) request, once,’’ Kenney said Monday after being asked by reporters.
“As I’ve said from the very beginning … we’d always be happy to answer questions. At the end of the day, my campaign did everything it could to carefully follow all of the rules, and I’m confident we did so.’’
Police are looking into possible voter identity theft in the campaign and have interviewed multiple Kenney cabinet ministers. No charges have been laid.
It is one of two investigations into the vote, in which Kenney defeated his main rival _ former Wildrose Party leader Brian Jean _ to take the UCP’s top job and eventually become premier.
Elections officials investigated improper donations to the campaign of another candidate, Jeff Callaway, and levied thousands of dollars in fines. Well after the race was over, it became known that Callaway’s team had worked behind the scenes with Kenney supporters. Callaway publicly disparaged Jean before quitting the race to support Kenney.
Last week, CBC reported two insiders alleged in court affidavits that Kenney was in the room when the illegal Callaway donations were discussed. The allegations have not been proven in court.
Kenney, asked Monday if he was aware of illegal disbursements, reiterated earlier denials.
“No, absolutely not,’’ he said.
“To the contrary, while I sought Mr. Callaway’s endorsement ? I never offered and he never received from me or anybody in my campaign any kind of fundraising assistance. Period. Full stop.’’
He also questioned the legitimacy of the sources making the allegations, saying they themselves have been fined for Callaway fundraising irregularities.
The question of irregularities has resurfaced given changes announced last week to the vote to determine Kenney’s fate as party leader.
The leadership review was supposed to be an in-person ballot April 9 in Red Deer, Alta. The party’s executive cancelled that last week. It said the explosion of interest _ 15,000 registered _ made an in-person vote undoable. It was switched to a mail-in ballot and opened up to every party member.
Critics, including Jean, say they’re concerned Kenney’s camp orchestrated the change for his benefit. They say they also have concerns Kenney’s workers have illegally added thousands of extra pro-Kenney voters to the rolls.