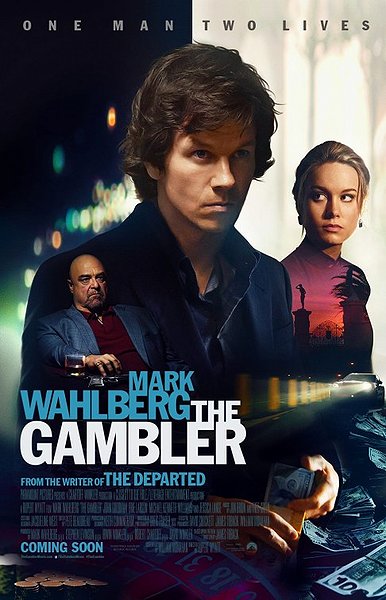 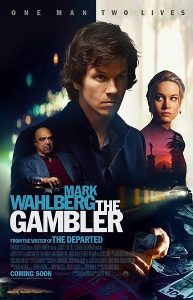 High risks are nothing new to folks into games of chance. Heck, one could say life is one big crapshoot. Savvy Paramount Pictures rakes the high road chronicling a troubled man’s life in The Gambler. Take a chance by wandering over to your nearest much more friendly Cineplex Odeon theatre across B.C. Instead of all those dimly lit casinos.
Live vicariously through the lives of others and sow all those seeds of possible happiness. Ups and downs are nothing new in The life of mild-manners Jim Bennett. Versatile Mark Wahlberg (Ted) can do anything in The realm of acting. Rank him in the same league as Ed Norton when it comes to taking on and mastering a character.
Believable as an addict to dice and other vices the backstory of this lost soul is interesting. Born into a privileged life with inherited money Bennett makes his official living as a college professor. Few people know that hat cloistered lifestyle leads to an escape into the murky world of underground casinos with an atmosphere somewhat similar to the plight of David Fincher’s tortured characters in Fight Club.
Going into debt can be a slippery slope and The Gambler shows a slow descent into a harrowing hell. A superb atmosphere and strong acting including good nods from Jessica Lange and John Goodman paint a pretty bleak picture of a man out of control with little regard for those that care for him.