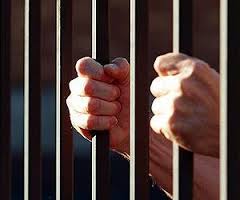 Thiruvananthapuram, July 16 (IANS) In a path-breaking move, all those currently lodged in jails across Kerala will soon get a personal email id.
As on July 1, there were 6,771 men and 193 women prisoners, including both convicts and under-trials, in the 55 jails in Kerala.
Each inmate would now be given a personal email id by the jail department, said a press release issued here by department on Thursday.
It said the new directive comes as part of the state government’s e-literacy programme.
Director General of Police Loknath Behra, who is also the head of the prison department, told IANS that by the end of the month, each and every inmate will get their own email ids.
“There are certainly rules and guidelines on how it can be operated. It would be the same as when a jail inmate gets a letter or when he wishes to post one. We will provide training to those who are not familiar in using computers,” said Behra.
The prison department will ensure that computers are made available in all jails, and they will be monitored by police officials.