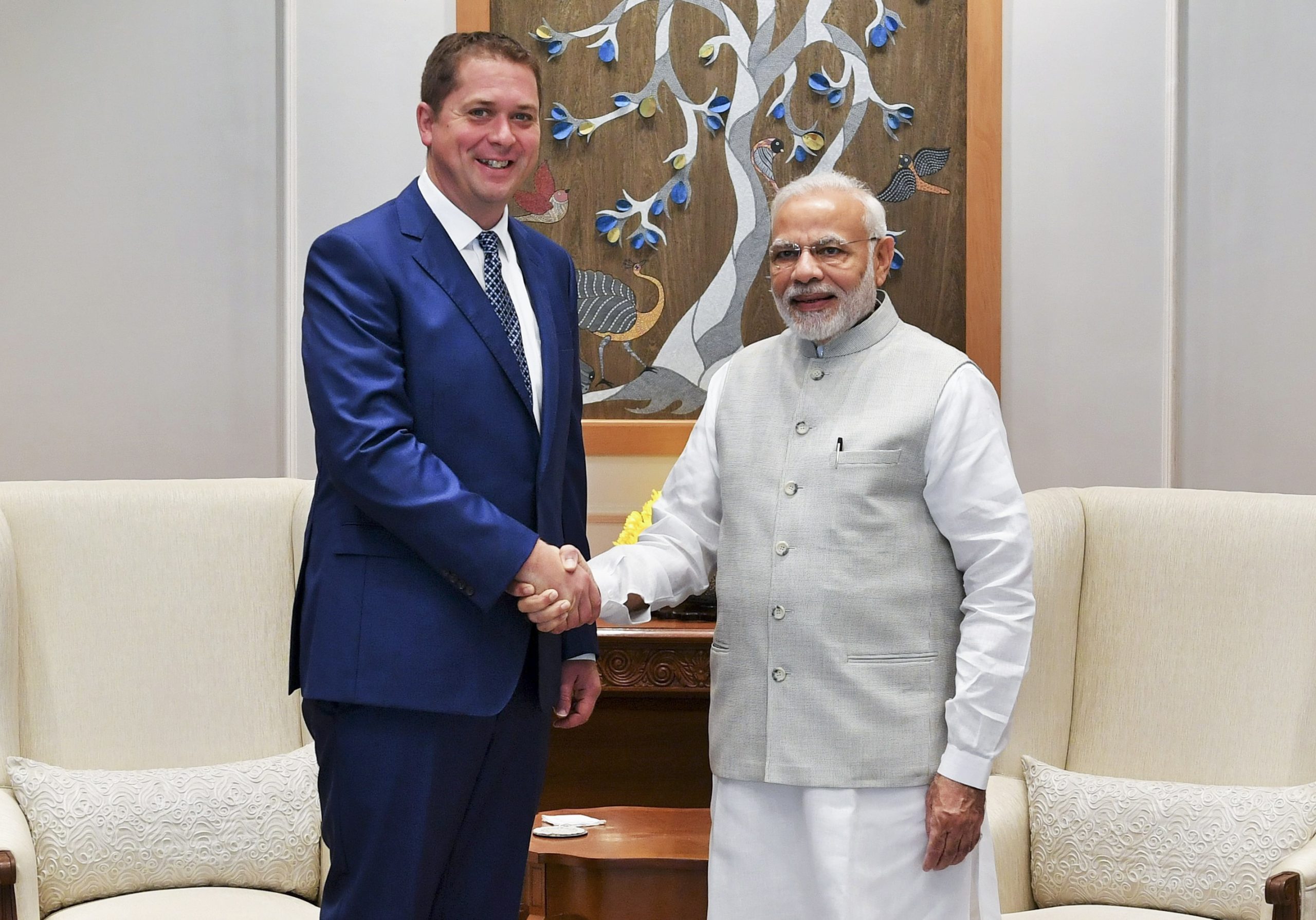 New Delhi: The Leader of the Conservative Party of Canada and the Leader of the Opposition the Hon. Andrew Scheer issued the following statement on his meeting with Indian Prime Minister Narendra Modi:

“On Tuesday, I met with Indian Prime Minister Narendra Modi. We discussed a range of serious issues including opportunities for greater economic partnerships, improving trade between our two countries, and regional security issues. I expressed to him how important a productive and positive relationship with India would be to me should I be elected Prime Minister in 2019.

“In recent years, India has seen unprecedented growth and has established itself as a rising power in the Indo-Pacific region. I believe there is tremendous potential for significantly expanded trade between Canada and India that would bring benefits for people in both countries.

“I also expressed my desire to have Canada become a supplier of safe and secure energy for India. I told Prime Minister Modi that a Conservative government would remove the roadblocks that currently prevent pipeline expansion that would allow Canadian oil and gas to reach new markets in the Indo-Pacific region. This would allow India to meet its growing demands with responsible and reliable energy.

“I’m here to connect with Indian leaders and to deepen the bonds through which our united countries can work together. Yesterday, I met with Foreign Affairs Minister Sushma Swaraj, and the Minister of State for Housing and Urban Affairs Hardeep Singh Puri. I made clear to them that as Prime Minister I would ensure that India will be an indispensable priority in all aspects of Canadian foreign policy.

“I look forward to the remainder of my mission in India and laying the foundation for a strong and mutually beneficial relationship in the future.”