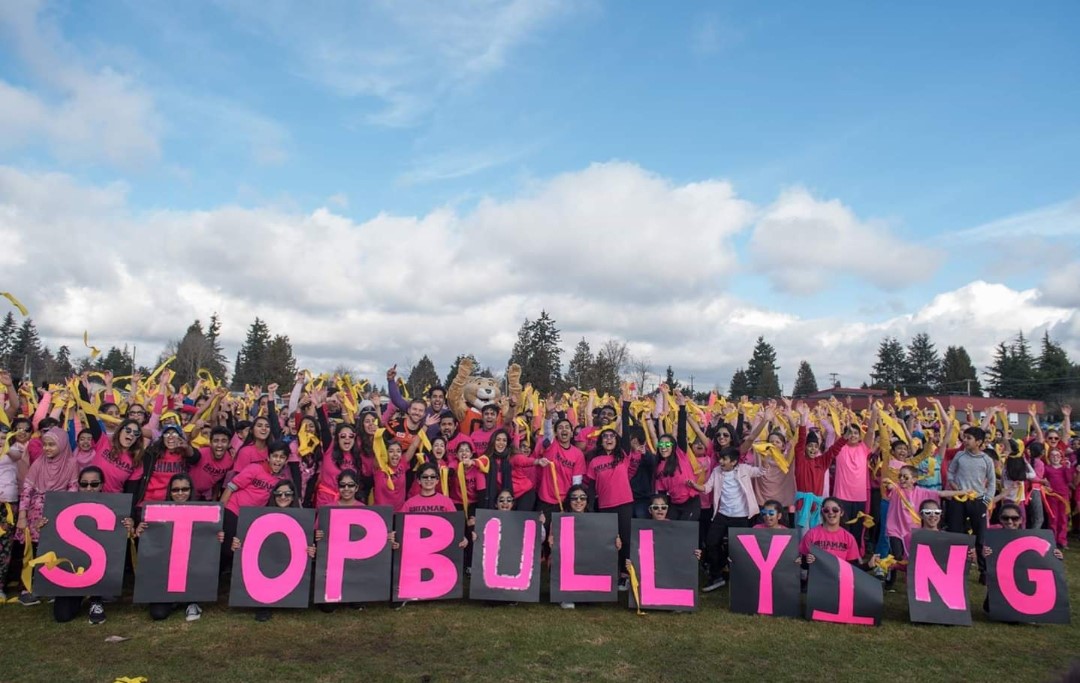 For the fifth year, get ready to celebrate our differences by witnessing a Bhangra/Western inspired flash mob dance performance. The purpose of this community initiative is to raise awareness for the Anti-Bullying message through dance. Understanding the importance of standing up against bullying no matter what form it takes whether physical, verbal, cyber, or social bullying; Delta, community member Sean Bindra began the initiative in 2014 to create awareness in order to help put an end to bullying. 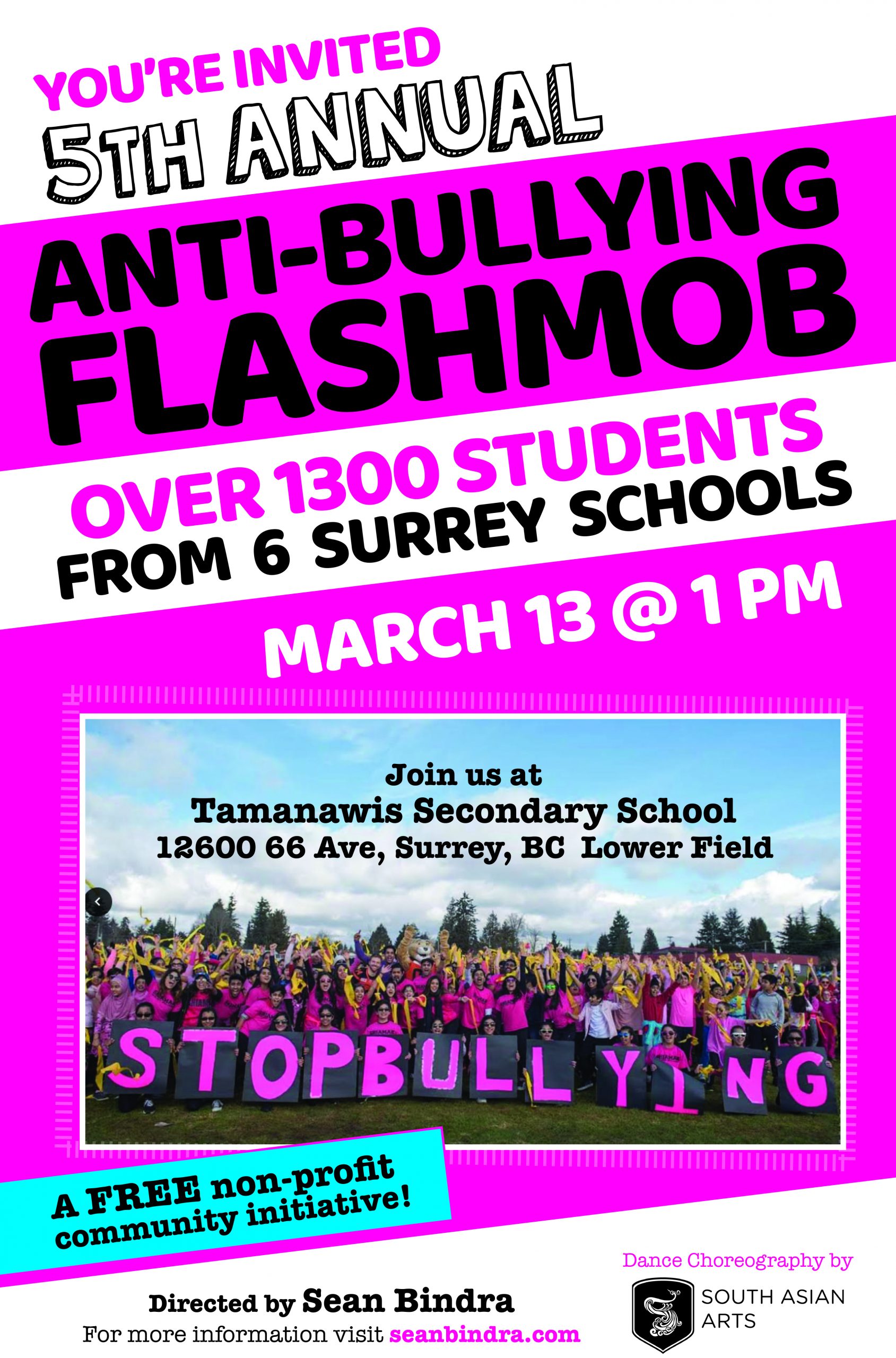 On March 13, more than 1,300 students from six schools in Surrey, (Kwantlen Polytechnic University, Beaver Creek Elementary, Boundary Park Elementary, Cougar Creek Elementary, J.T. Brown Elementary, and Martha Jane Norris Elementary) will participate in a Flash Mob style dance performance. This will be taking place outside on the lower field at Tamanawis Secondary (12600 66 Ave, Surrey, BC V3W 2A8) from 1:00pm onwards. In addition, the 1,300+ students will be joined by Police Officers from the Surrey RCMP who will also be participating in the dance performance.

The dance choreography for this year’s Anti-Bullying Flash Mob event is being provided by skilled instructors from the South Asian Arts Society. “Bullying has no place in our world, so we’re all for supporting any initiative that brings the community together to stand in solidarity against bullying. Kudos to Sean for launching this initiative in 2014. SAA Society will continue to support the Anti-Bullying Flash Mob event in future years.”, says Gurpreet Sian who is the Executive Director of the South Asian Arts Society.

Sean feels “We need to celebrate our differences and support one another. Our differences are what make us strong, and therefore we need to encourage each other to be ourselves. All of us have faced some sort of bullying in our lives and it leaves you feeling low on the inside. We are all unique and beautiful, and this is what we need to embrace. I encourage the community to please attend and support this Anti-Bullying initiative in large numbers. Let’s show our Youth that we fully support their commitment and dedication to help put an end to bullying.”

Sean’s closing words will leave you with a thought to ponder upon, “As a community, we are stronger together than we are apart.”