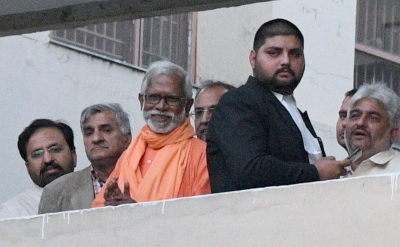 The NIA court had in January 2014 framed charges against Aseemanand and three others — Kamal Chauhan, Rajinder Chaudhary and Lokesh Sharma. All of them were present in the court on Wednesday.

They had been charged with criminal conspiracy, murder, attempt to murder, sedition and more.

The blast on February 18, 2007 in the train, which runs between Delhi and Lahore, at Haryana’s Panipat left 43 Pakistanis, 10 Indians and 15 unidentified people dead. A dozen people, including 10 Pakistanis, were also injured.

The blasts took place in two coaches of the train (Delhi-Attari) near a railway station in Diwana village, 160 km from here.