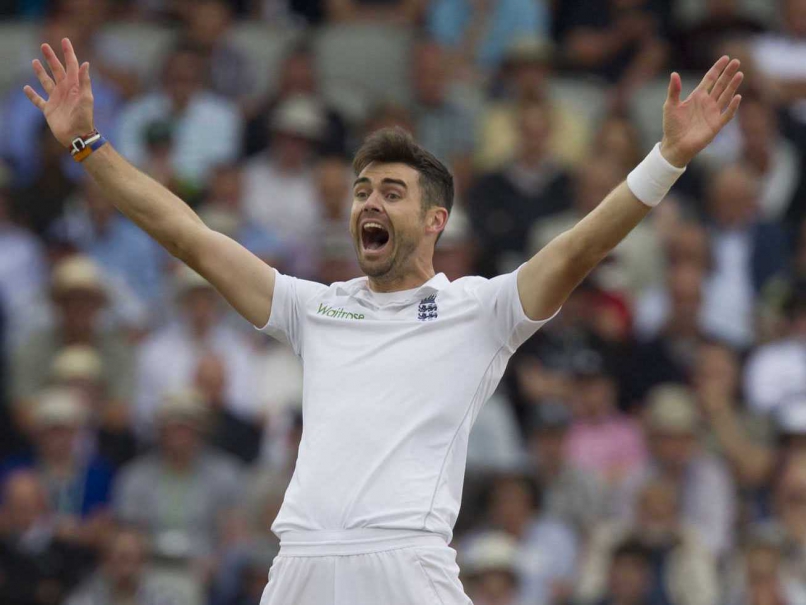 Birmingham, July 30 (IANS) England shot out Australia for a lowly 136 as seasoned pacer James Anderson claimed six wickets on a rain-interrupted day one of the third Ashes Test at Edgbaston on Wednesday.
At stumps, the hosts were 133 for 3, only three runs behind the tourists, with Joe Root (30) and Jonny Bairstow (1) in the middle.
Opting to bat first, the Australians seemed ill at ease in the seamer-friendly conditions as the England new ball bowlers Anderson (6 for 47) and Stuart Broad and first change Steven Finn – the only three used by skipper Alastair Cook – extracted good movement on the fast pitch.
Undeterred by the procession of batsmen at the other end, Aussie opener Chris Rogers ploughed a lonely furrow coming up with a gritty 52 (89 b, 9×4) before departing as the eighth man.
The Australian downslide began early, with David Warner perishing in the very third over, adjudged leg before to Anderson, who pitched on middle and leg and then nipped it back at the left hander.
Fin, returning to Test cricket after two years, then got rid of Steven Smith and skipper Michael Clarke reducing Australia to 34 for three at the stroke of the first drinks break.
Following two rain-interruptions, the tourists reached 72 for three at lunch, and lost wickets in a heap thereafter to fold up in 36.4 overs.
In reply, England lost Adam Lyth cheaply, before Cook and Bell (53; 56 b, 10×4) put on 57 for the second wicket.
Off spinner Nathan Lyon (2 for 3) saw the back of both the batsmen in the two overs that he delivered nine overs apart.
The two sides are tied 1-1 in the five-Test series.