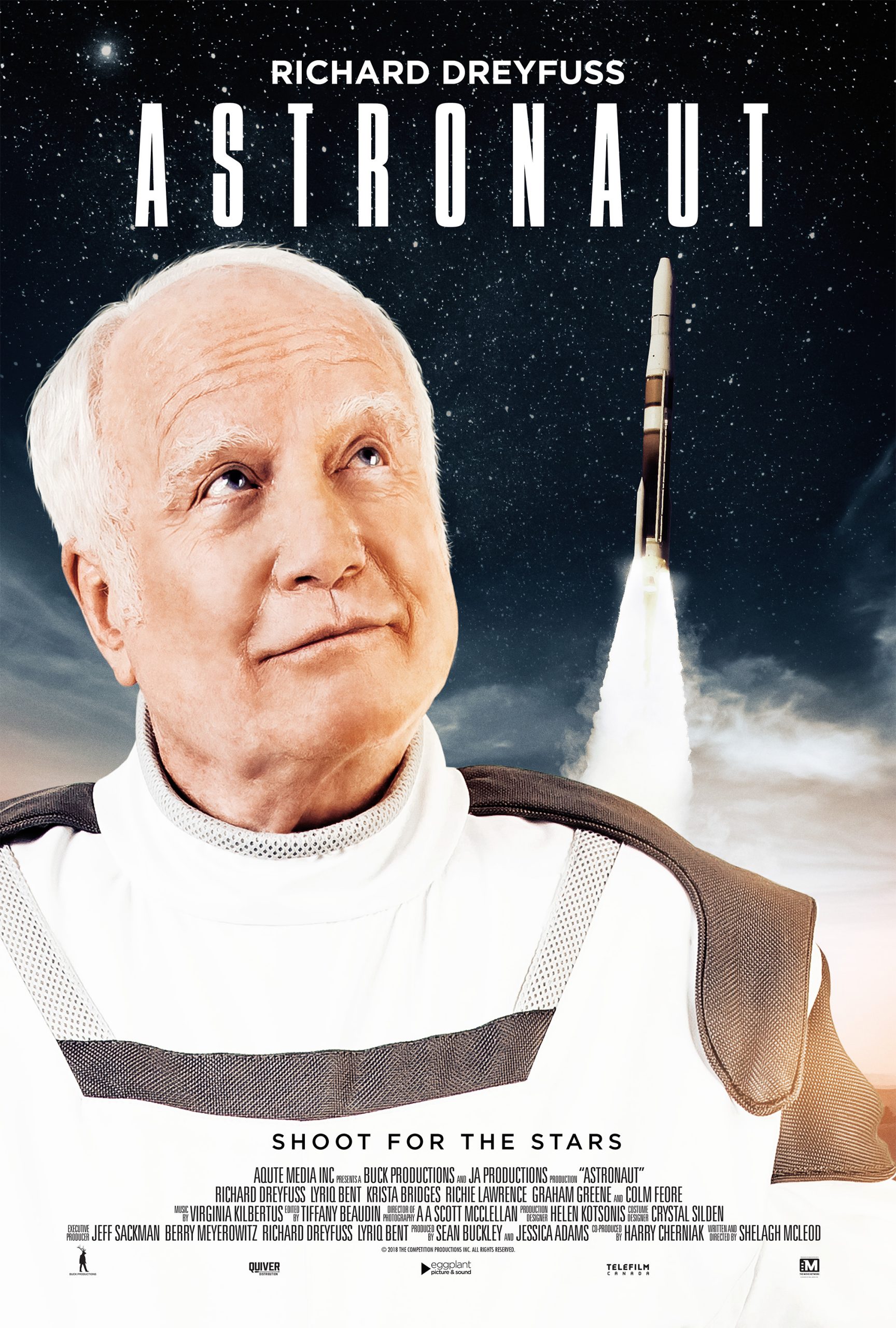 Beam me up Scotty. Famous words like these can only come from the lips of classic Canadian superstar William Shatner. Star Trek May live on in television reruns but that urge to explore continues unabated. For a change Telefilm Canada hits the mark with their involvement with the Canadian made Astronaut. Wholesome, engaging and endearing this Taro PR film with is a thoughtful and meaningful tale all about dreaming. Do check it out at select Cineplex Cinemas before it comes soon to video on demand so check your local cable and internet carriers for times available.
Space is definitely now in the news. And it’s still the final frontier. Hot on the heels of the 50th Apollo 11 anniversary of the historic first man on the moon success back in 1969 comes this tale of a space traveler wannabe. Steven Spielberg go to guy Richard Dreyfus (Close Encounters of The First Kind) doesn’t miss a beat as Angus. Consider Angus to be a visionary despite his age. Dreams die hard as Angus whittles his time away with his daughter, her husband and their adoring son.
Time stands still for no one and this lovable crusty old man seems to have lost a step of two as his age advances. Many people face the dilemmas this family confronts as issues of where to stay dominate the family fabric. Against this tug of war between where Angus should live out his advancing years comes news of a rather unique space competition with one lucky winner set to soar into outer space. Shades of Elon Musk and Richard Branson and their entrepreneur ilk. Here we have a sense of fiction following reality as we become thoroughly engrossed on one man’s dogged determination to go to outer space come what may.
Wonderful acting and a truly emotional struggle sends Astronaut into orbit. Good quality stories can move you and outperform special effects laden superhero nonsense and Astronaut succeeds in reaching for the stars. Add on the immense presence of Colm Feore as an industrialist on the move and Astronaut lifts you to new heights. Sometimes small is good and big dreams have a way of inspiring you. This film does the trick. Blast off!