Asian Journal
Home Hot Off The Press Attitude towards married actresses should be changed: Sonam Kapoor 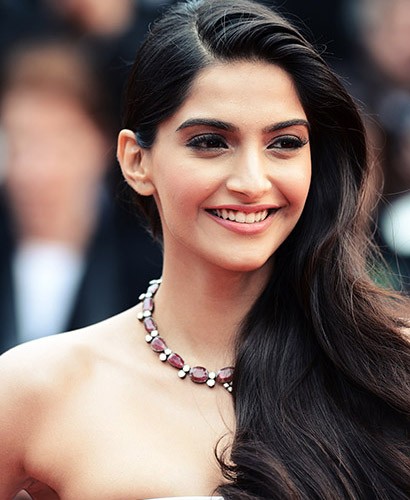 With the changing narratives and various age representations of women in Hindi cinema, in the last few years, the Indian cine-goers have been exposed to many stories that celebrate women. Actresses like Kareena Kapoor Khan and Rani Mukerji are making their comeback this year after childbirth, and actress Anushka Sharma went right back to shooting her new film “Zero” after some days of travel.

There was also actress Surveen Chawla, who revealed her new relationship status only after two years of her marriage, stressing on how “being married does not make an actress less desirable”.

How does Sonam, who constantly tries to keep her personal life as private as possible, look at the whole change?

“I will start talking about it when the media will start asking the same questions to all the male actors in our industry — about how they will take up their career after marriage, when will they make a comeback after the birth of their baby… This whole attitude towards married actress should be changed,” Sonam told IANS in an interview.

Citing references from the past, she said: “Whether it is Nutan, Nargis, Waheeda Rehman, Sharmila Tagore, Dimple Kapadia, Madhuri Dixit, Kajol, Kareena Kapoor Khan — they are all loved by our audience even after their marriage. So the mindset has been encouraged by a few filmmakers and media people.

“But hey, there are progressive and non-progressive minds in every business. So as in our industry. We should keep working… the change will come.”

Sonam’s next big screen outing is “Pad Man”. She essays a special character who supports and encourages a man to grow in his mission. The man on the mission in “Pad Man” is Akshay Kumar, who takes on a role inspired by a real life hero who devised a low-cost sanitary pad-making machine for women’s hygiene.

It’s interesting how well-known actors like Sonam are supporting content-driven films even with small roles.

The “Neerja” fame actress said: “I think it is important to make a film that is entertaining but also has a message along with it. And as an actor, if I have a reach to a wider audience, why not support a story that is deserved to be told? Otherwise, what is the point of making films that create no impact in the mind of our audience?”

Asked about her opinion on the issue surrounding how talks on menstruation are considered a social taboo, Sonam said she hopes the stigma attached to it would go away.

“In the first place, women are looked at differently in our society as we do not give them the same opportunity and respect of a man. That happens in most Indian households. When a girl child grows up and starts chumming, there is a stigma attached to it, and makes the girl feel less, inferior and under-confident.

“On the contrary, that whole physical transformation makes a girl special. She is enabled to reproduce. She should be taught to celebrate it, not to hide it. I hope that after the film releases, the stigma attached to menstruation and its hygiene will go away,” Sonam said.

Produced by Twinkle Khanna and directed by R. Balki, the film “Pad Man” is releasing on January 25.