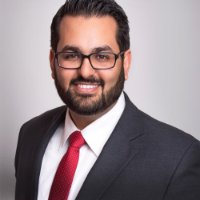 Ottawa: After an extensive four-month search, the Liberal Party of Canada has recruited leading campaign mobilization expert, Azam Ishmael, to serve as its new National Director.

“I am excited to take this important next step in the Liberal Party of Canada’s work to keep building the most open, inclusive, and engaging movement in Canadian politics,” said Ishmael. “Justin Trudeau and the Liberal team are the only party with a positive plan to support our middle class and every family working hard to join it. Together, we’ll keep working to ensure that our movement is better organized than ever before to support that real progress – and to earn and honour Canadians’ trust on the road to 2019.”

Ishmael served as Get-Out-The-Vote Director for the Liberal Party of Canada in the historic 2015 election campaign, and has a long record of leadership on campaigns and in government across Canada. He has served as a Senior Policy Analyst to the Government of Nova Scotia in its Office of Planning and Priorities, Senior Advisor to the Minister of Education and Minister of Rural Affairs for the Government of Ontario, and as Executive Director of the Liberal Caucus Service Bureau in Ontario.

Ishmael’s earlier responsibilities with the Liberal Party of Canada and Justin Trudeau’s Liberal leadership campaign included pioneering the party’s commitment to innovative campaign technologies, in roles that included field training with grassroots supporters from coast to coast to coast. Fluently bilingual in both French and English, his work at the Liberal Party of Canada’s national headquarters in Ottawa will begin in early January.

“Azam has the experience, ideas, and vision that we need to keep growing an even more innovative party, and to expand our movement’s work together to build a better future for all Canadians,” said Anna Gainey, President of the Liberal Party of Canada. “Working together, I look forward to building an even stronger commitment to our volunteers, our supporters, and to every Canadian who shares our belief in positive and progressive politics.”

2016 has been a year of unprecedented growth for the Liberal Party of Canada, with over 45,000 Canadians registering as new Liberals since the summer. Liberals have received more grassroots contributions than any other party (and five consecutive quarters with over 35,000 grassroots donors), and this fall’s by-election campaign in Medicine Hat-Cardston-Warner achieved the best Liberal result in over 42 years.

What if California can’t produce our food anymore?