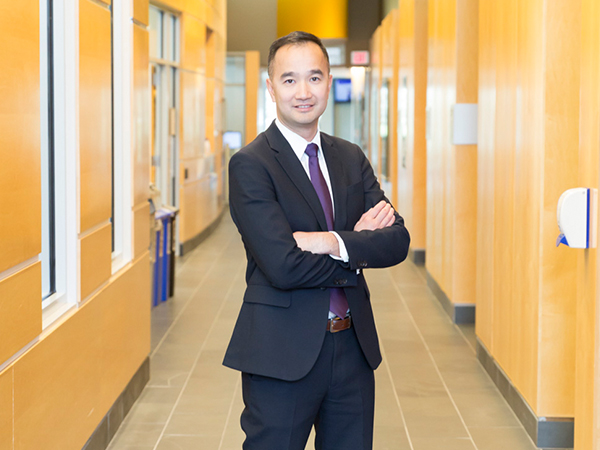 Vancouver: The British Columbia government has announced a new lung cancer screening program that is the first of its kind in Canada and aimed at early diagnosis of the deadliest form of the disease.
Premier John Horgan said Monday that 70 per cent of all lung cancers are diagnosed at advanced stages and the program offering CT scans at clinics around the province is expected to begin by the spring of 2022.
The target population includes heavy smokers or those who have smoked heavily in the past and are between the ages of 55 and 74.
Up to 20,000 patients are expected to be screened every year at clinics that will be established across the province, said Horgan, a survivor of bladder cancer.
“These changes give people hope, give people opportunity to get early treatment because they got an early diagnosis,’’ he said.
The program also involves BC Cancer, which works with health authorities to provide programs from prevention and treatment to rehabilitation.
Shannon Gall, a non-smoker who was diagnosed with stage 4 lung cancer two years ago, said she received radiation and had surgery to remove a large tumour.
“While I struggle to process why I have lung cancer, I was motivated to do everything I could to make something positive come from my situation,’’ said Gall, who raised $1 million with her husband when she heard about the lung cancer screening program.
“It will probably benefit my children, something I’m so grateful for.’’
Gall’s cancer was due to a genetic mutation. She is now enrolled in a targeted drug therapy program.
Dr. Kim Chi, CEO of BC Cancer, said six British Columbians die every day of lung cancer, and early detection as well as smoking cessation programs are keys to changing that.
Dr. Paul Wheatley-Price, a medical oncologist who specializes in treatment of lung cancer and is president of Lung Cancer Canada, said British Columbia’s screening program has the potential to save many lives and other provinces should follow suit.
“Eighty-five per cent of people with lung cancer have had a smoking history, so this is a really big deal,’’ he
said.
Wheatley-Price said parts of the United States and Europe have adopted lung cancer screening programs, but no province in Canada has had such a program.
Ontario offers a pilot project for lung cancer screening in Toronto, Ottawa, Sudbury and Oshawa.
“The challenge with lung cancer is that currently for 50 per cent of people who are diagnosed with lung cancer, it’s already at stage 4,’’ Wheatley-Price said, adding that means they have no chance of a cure.
Another 25 per cent of patients diagnosed with the disease are at stage 3, which has a very low cure rate.
“The best chance of curing lung cancer is if you catch it at stage 1 or 2, where it’s confined to the lung and can be removed with surgery or cured with radiotherapy,’’ Wheatley-Price said.
By Camille Bains
The Canadian Press

“When lung cancers are detected using screening, 75 per cent of those cancers are at stage 1 or stage 2 instead of 75 per cent being at stage 3 or stage 4, so suddenly you can see this flip.’’
The Canadian Partnership Against Cancer recommended lung cancer screening programs in 2016.
The group said earlier this year it would be supporting provinces and territories in creating such programs with a focus on increasing accessibility for First Nations, Inuit and Metis communities as well as residents of rural and remote areas.
The Canadian Cancer Statistics Advisory Committee estimated that 29,300 people across the country were diagnosed with lung cancer and 21,000 died from it last year.